In the fast-moving times of industrial expansion and income flexibility, businesses try to adopt hyper-functional preparation strategies that effectively maintain the pace of an ongoing operation. The ever-growing market competition has forced the enterprises to stay alert and active while making sure that no internal or external factor interferes with the tempo of live projects or processes. Also, operations which are heavily dependent on high-performing, mechanical machinery needs to be additionally protected against the catastrophic impact of hardware malfunction.

Even the slightest delay in operations would cause a ripple effect that would indefinitely delay the outcome of the processes consequently putting a burdensome financial strain on the enterprises. Therefore, there has been an increased need for setting up an efficient spare parts management system that can be applied to instantly get past any kind of operational hiccup.

Moving further, we deliberate on the 3 crucial factors that need to consider for efficient spare part management.

Almost all operations are deeply affected by the frustrating ordeal of routine stockout situations. Thus, it's imperative to plan out an effective stockout prevention strategy that would regard the various stages which are actively causing regular instances of stockout.

Planning would allow you to pay special attention to the spare parts which are high in demand, else cyclic "out of stock" instances can further downgrade your market credibility consequently affecting business partnerships. An active strategy would help you project future demands while still allowing you to stockpile required spare parts.

Now inventory or stockpiling does not comprise stuffing your storage areas with unnecessary spare parts that you might never need. Also, a disorganized inventory would create chaos at the time of browsing for the right spare part, wasting time, and consequently beating the entire purpose of preparing an inventory in the first place.

Thus, inventory management is extremely important to extract the maximal use from your existing spare part strategy. Also, as mentioned earlier, additional attention should be given to spare parts which are expected to be required during future malfunctions.

Most operations boast of not required to plan out an effective spare parts management strategy as they have equipped their workshops with new and modern machinery. However, such shortsighted thinking should not be regarded as a demonstration of gallantry or trust. Poor planning and myopic self-regard can actively disrupt the order of your entire business while also debilitating your market standing and credibility.

New or old, active efforts should be made to prepare an action spare part strategy that would keep the wheels of operations churning at every cost. Moreover, businesses should smartly strategize the inventory stockpiling by consulting a fair and square spare parts marketplace that offers reasonable deals on all kinds of spare parts.

Some spare parts are immensely difficult to acquire than the other, while you can always get your hands on universal parts in a couple of hours while there are some extremely rare and specialized spare parts which can be acquired from a distinct dealer through an isolated delivery network.

Acquiring such specialized spare parts can take almost a week, consequently debauching your operational and financial condition. Therefore, it's better to first stockpile such "hard to get" spare parts and then focus on less important, easily accessible equipment.

Until you won't accurately assess the amount of damage that a certain degree of downtime will inflict on your operations, you won't factually be able to contrive an effective spare parts management strategy. Thus, it's important to carefully measure the destructiveness of episodic downtime and it's best to think in money while trying to assess the damage of malfunction as it can help you paint a better picture of damaged withstood.

Spare parts management requires setting up an effective inventory which is equipped with all types of required spare part tools and equipment, and even though it's carried out with the good intention of safeguarding the business against any ill-timed operational accidents, still often business owners are swindled by a phoney spare part deal that turns out to be financially counterproductive.

Therefore, it's best to utilize a non-biased, highly professional spare parts marketplace that would uphold the interest of both, the seller and also the buyer.

Juniper JN0-1331 Certification - How to Get Certified

Why Do Candidates Fail In The Real SAP C_S4PPM_1909 Certification Exam?

- Homeschooling is escalating added along with a good deal far more well-known lately. A single amid the assorted included benefits

What Things to Focus While Looking for Bungalow for Sale in Brampton?

- Bahir ahmed is the real estate agent whom you should hire for the bungalow for sale in Brampton. Contact him right now if you want to know more! 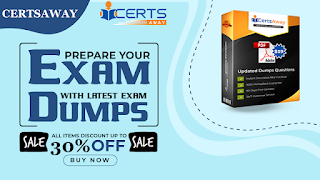