Interesting Facts About the Gemstones of Vietnam

Everyone appreciates precious and semi-precious gemstones not only for their brilliance but also for jewellery and decoration. If you've got a passion and want to know more about gemstones, come to Vietnam to learn more about the gemstone market here. In this article, we'll give you some useful information as well as some tips for buying them on your Vietnam tour. 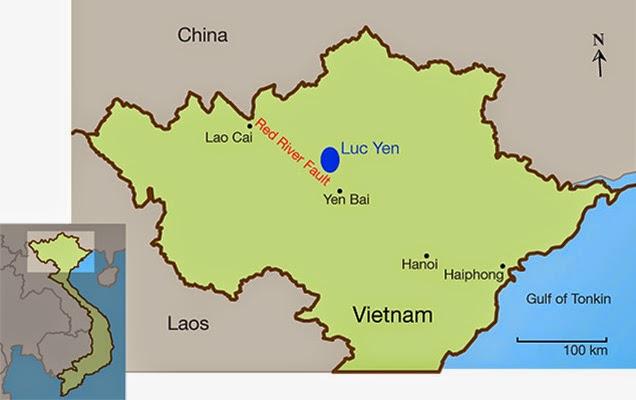 Gemstone: The gemstone is the common name of all rare minerals that are mined from nature. Humans discovered these rare minerals thousands of years ago and began to transform them to create jewellery that represents their own caste. In natural conditions, precious gemstones are formed at high temperature and tension. The movements of tectonic plates cause crystal movement and crystallization under appropriate conditions during volcanic eruptions. 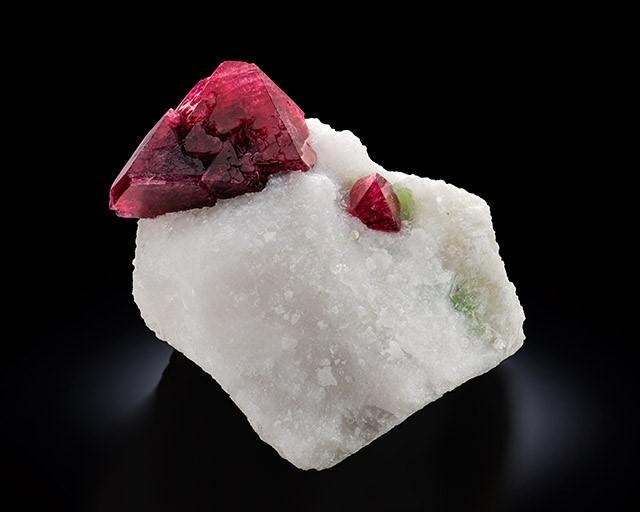 To deserve the name of a gemstone, this material (mineral, rock, or an organic substance such as amber, coral, and pearl) must be attractive, especially by its colour. It must be strong and stable enough to survive constant use or handling without scratching or damaging itself.

Classification of Gemstones: Precious Gemstones are classified by their colours and characteristics:

Feature: There are more than 4,000 types of minerals globally, but there are only about 100 types of fossil minerals suitable for gemstone processing.

Colour: Some gemstones have a similar mineral composition, so people will trust the colour to distinguish them. More precisely, ruby and sapphire ​​are corundum minerals. Only the red minerals are called rubies, while the other colours are called sapphires. 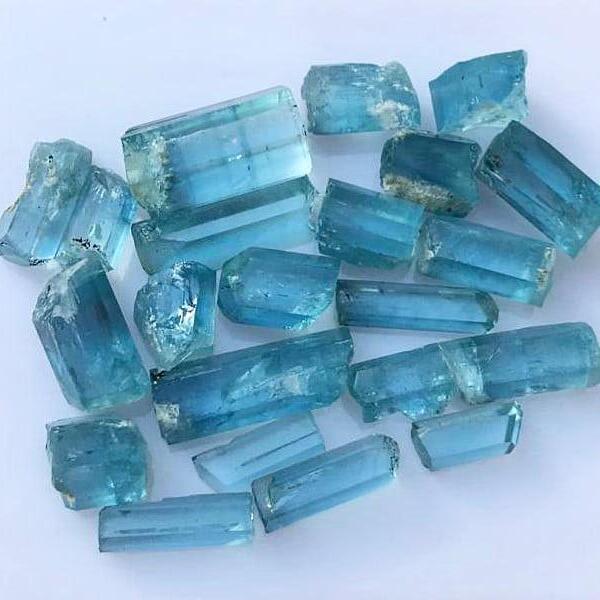 The Criteria for Perceiving the Gemstones Value

Scarcity: We have gathered here all rare facts for the gemstone. If the gemstone contains a rare aspect, it takes value in terms of both rarity and charm. Certain impurities that normally devalue clarity can express themselves and gain value. 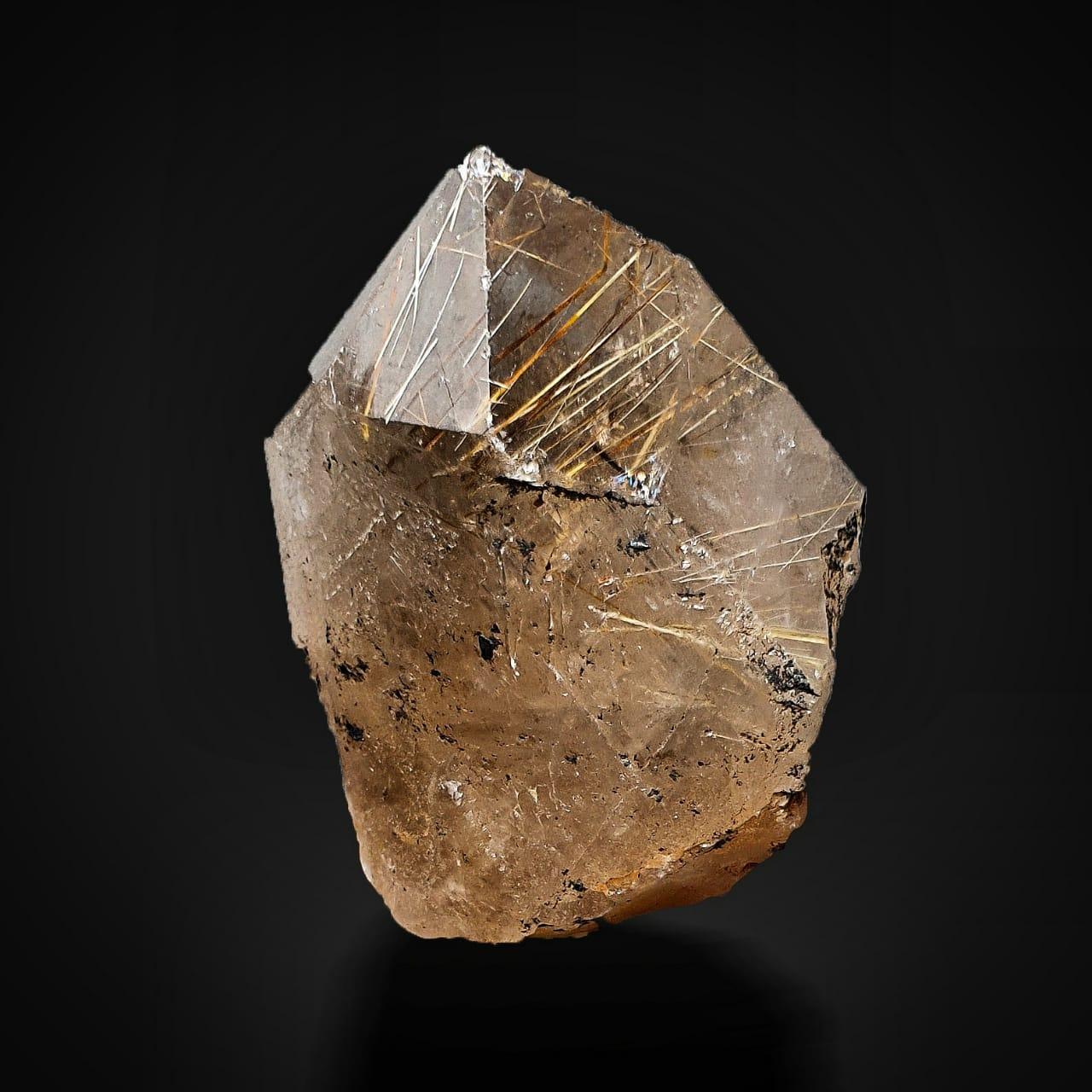 Aesthetics: We cannot discuss the tastes and colours, but it must be good! Everyone can appreciate or not a colour, and that is also what will make a gemstone charming or not. Therefore, for the colour criterion, we will speak more about the intensity of the colour.

For the colour, it will be necessary to know a minimum scale of the gemstone's colour before being able to judge intensity. For instance, a sapphire can range from almost colourless blue to intense royal blue. Having already observed, you can better assess the intensity of a gemstone. 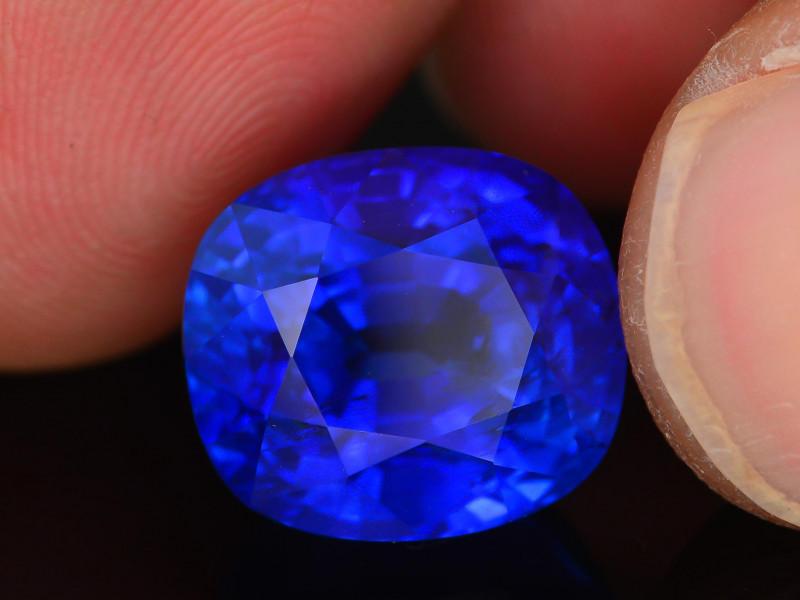 Of a general nature, a gemstone with a more intense colour will be better evaluated than an almost colourless one. But this is still a matter of trend and taste: each producer puts forward its best-produced colour. It can become a seal to set their price.

Size: Regarding the size of a gemstone, the more complex it is faceted by the lapidary, the more hours the gemstone will ask for work. Resulting, at a higher cost. 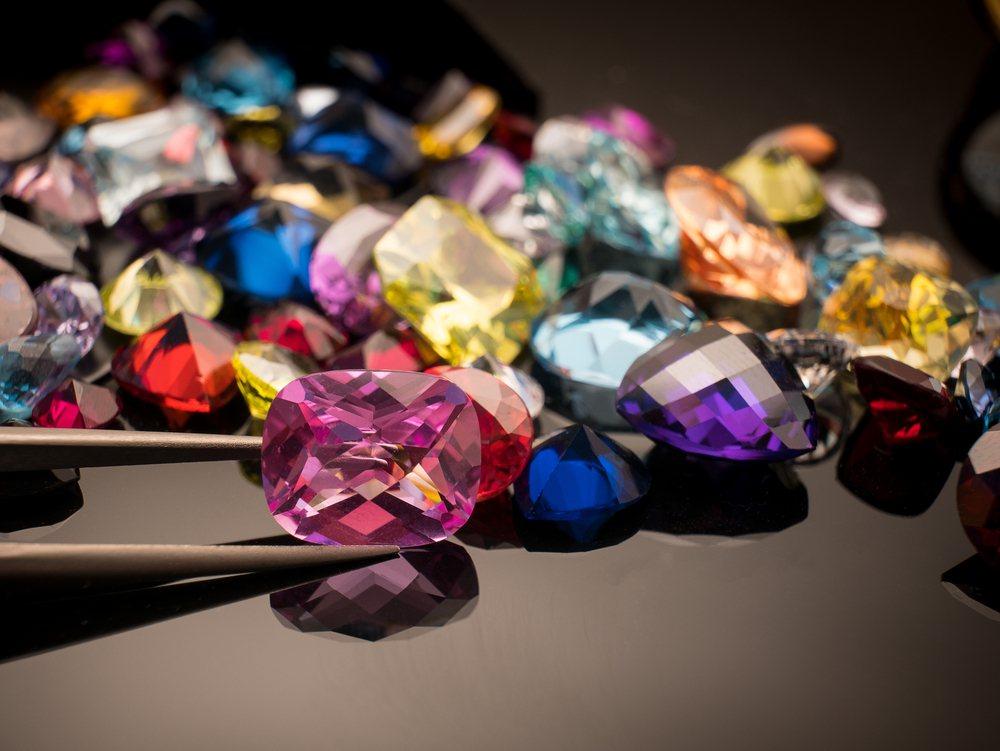 It will also be required to judge the size's quality, for example, more edges or less parallel or perpendicular. The brilliance of a gemstone can also be judged here as it is strongly related to the quality of gemstone size and its type.

The mass: The weight of a gemstone is given in carats. The higher the carat is, the more valuable and rarer the gemstone is. However, the weight is not proportional to the value, but it is exponential.

General Introduction of Gemstones in Vietnam

The History of Vietnamese Gemstones:

There were legends of precious gemstones in the Khmer kingdom, In the Middle Ages, including Southern Vietnam. Modern geological studies largely confirm the validity of these hypotheses.

Where the source of gemstones is not naturally available underground in Vietnam, in fact, this country has reserves of rubies and sapphires that are fertile worldwide.

Because of frequent and prolonged warfare, there was virtually no information on mining in Vietnam, Until the 1980s.

In 1983, the first-ever discovery of natural corundum was recorded, and from 1987, Vietnam’s mines began to be actively exploited. Since 1989, a large number of pink sapphires and rubies have been mined in Vietnam.

It is remarkable that the quality of rubies from Vietnam can be compared with Myanmar's legendary rubies and sapphires.

There are rubies and sapphire, spinel, tourmaline, peridot, aquamarine, topaz, garnet, zircons, and quartz, as well as a variety of rare cultured pearls.

Different Types of Gemstones in Vietnam

Ruby and Sapphire: They are found in Yen Bai province in Northern Vietnam and in Quang Nam and Nghe An provinces in Central Vietnam.

Among these localities, Central Vietnam remains the main supplier of blue to dark blue sapphire, while Yen Bai is the most important source of fancy rubies and sapphires.

Spinel: Spinel was first discovered in Vietnam at Luc Yen and Quy Chau, along with the ruby ​​and sapphire.

Today, Yen Bai is the only active source. The main mines are located at Khoan Thong, An Phu, Minh Tien, and Tan Huong at Yen Binh; and Truc Lau at Luc Yen. 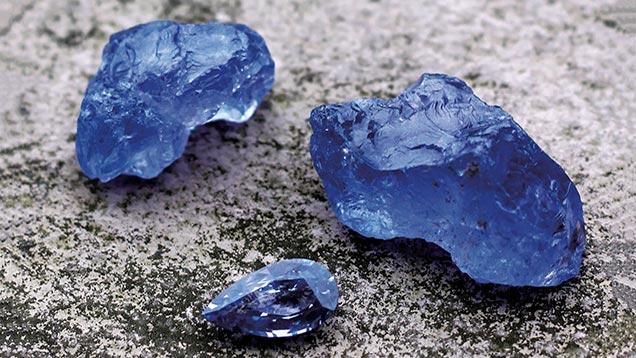 The intense red spinel is generally derived from calcitic to dolomitic marble, sometimes associated with phlogopite or clinochlore.

While on the other hand, purple, violet, brown, and blue spinels are found in marble with a more complex mineral assemblage containing clinochlore, clinohumite, pargasite, and forsterite. 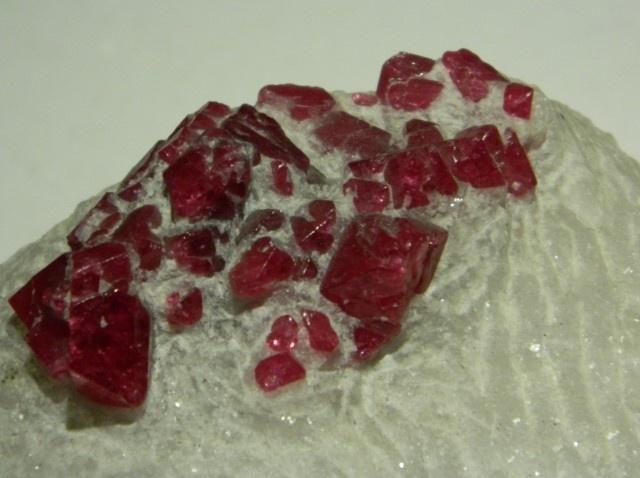 The purest red marble spinels have a similar formation environment to that of the marble rubies (i.e., metamorphic). In contrast, the spinels of the complex marbles are metasomatic.

Tourmaline: Today, the Luc Yen region is known for the tourmaline mine in Vietnam. With tourmaline, spinel was discovered for the first time in alluvial terrain at An Phu, Khoan Thong, and Minh Tien. 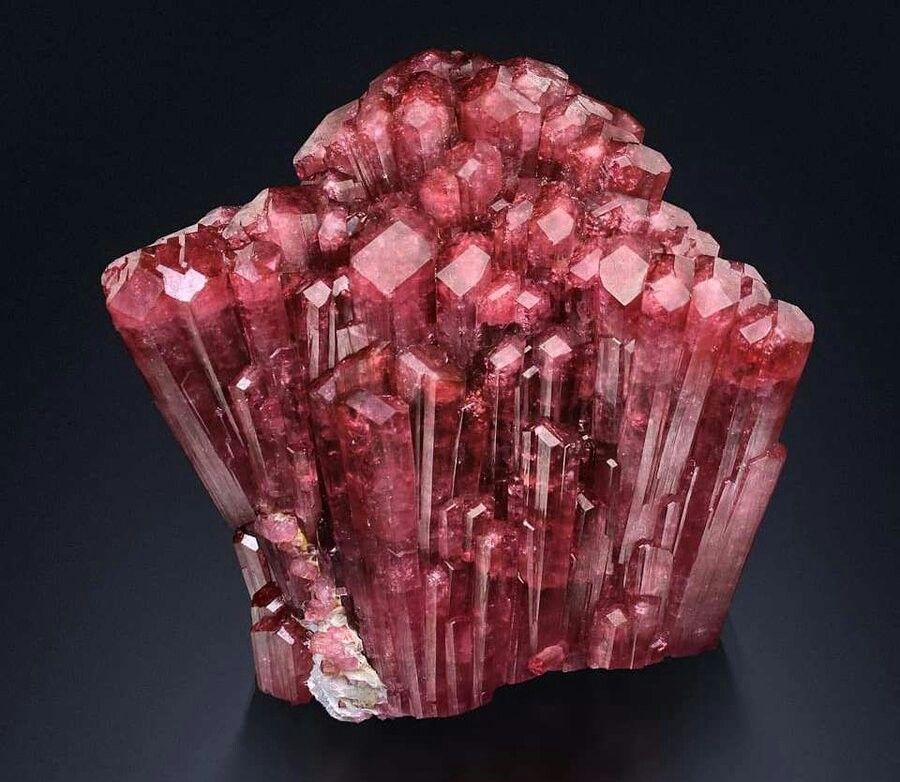 The region of Luc Yen produces about 300 kg of tourmaline per year, which is lower than its production of other gemstones.

Nevertheless, the quality and variety of colours make tourmaline one of the most important gemstones in the region.

Peridot: Peridot was first discovered in Vietnam in the early 1990s. With gem-quality peridot was obtained from three provinces in the Central highlands: Dak Lak, Gia Lai, and Lam Dong. Among them, Gia Lai plays the role of the most important source. Two deposits – Bien Ho and Ham Rong, produces about 100 kg per month. 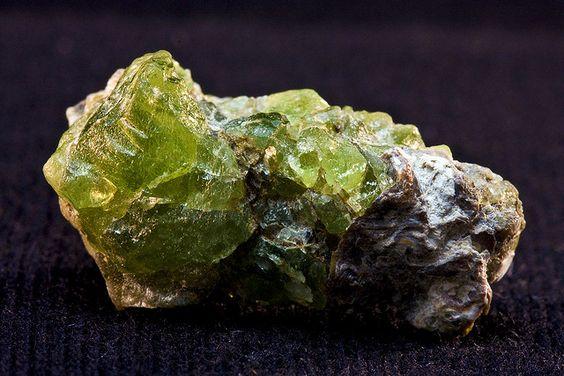 Garnet: Almandine Garnet and Pyrope Garnet present in the region of Luc Yen and also in smaller quantities elsewhere in Northern Vietnam, including Thuong Xuan, Thach Khoan, and Ky Son.

The almandine garnet and pyrope garnet also presents with olivine, phlogopite, and perovskite in some kimberlite dikes in Kon Tum Province.

At Luc Yen, where garnet production reaches up to 50 to 60 kg per year, amandine-pyrope garnet is found as an accessory gemstone with other gemstones such as ruby, spinel, and sapphire in alluvial deposits.

The Exploitation of Vietnamese Gemstones: Once upon a time, precious gemstones could be discovered lying on the beaches or on the sides of a mountain.

But, nowadays, the miners find them almost exclusively underground. They must resort to mining, sometimes with very primitive methods in developing countries. 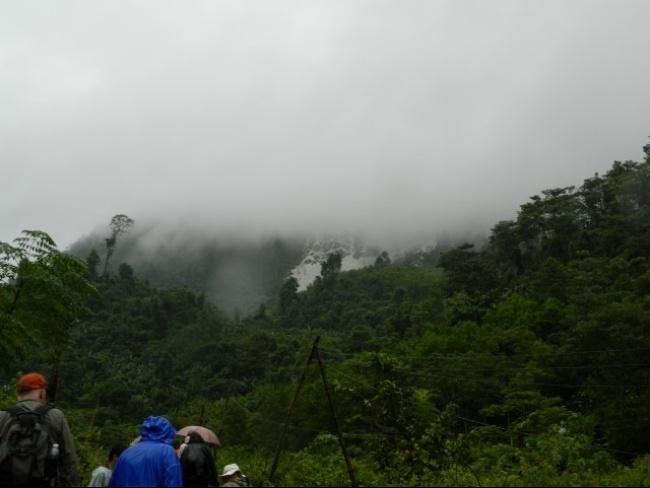 Most miners work in open pits with makeshift tunnels dug along with the fields where they use hand tools to extract gemstones. Only a few of them have access to more advanced tools.

While larger companies mine with industrial machineries such as hydraulic drills, excavators, bulldozers, underground vehicles, or machines that separates rocks of different sizes.

There are also many gemstones in the riverbeds where extraction methods are quite traditional and popular, as the case for gold mining 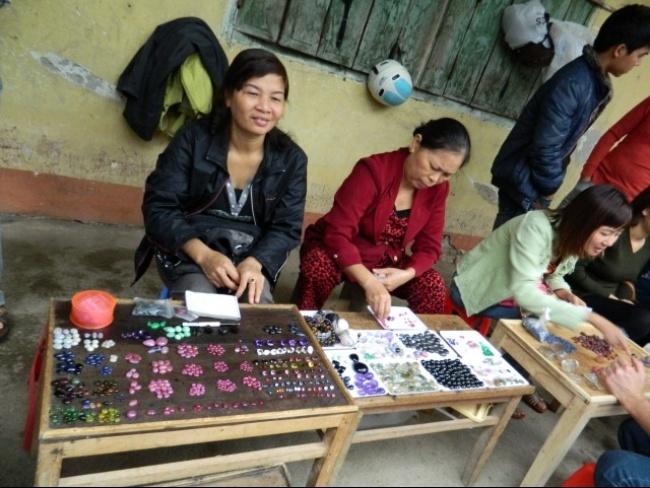 The gemstones present on small wooden tables, and twenty traders offer their goods. Here, we find all kinds of gemstones. 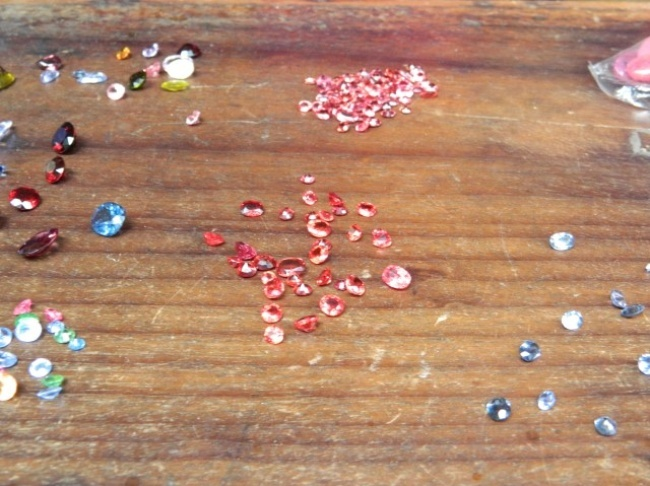 Mostly professional customers come here. Tourists, for their part, are particularly interested in paintings of natural or semi-precious gemstones sold in the surrounding shops. 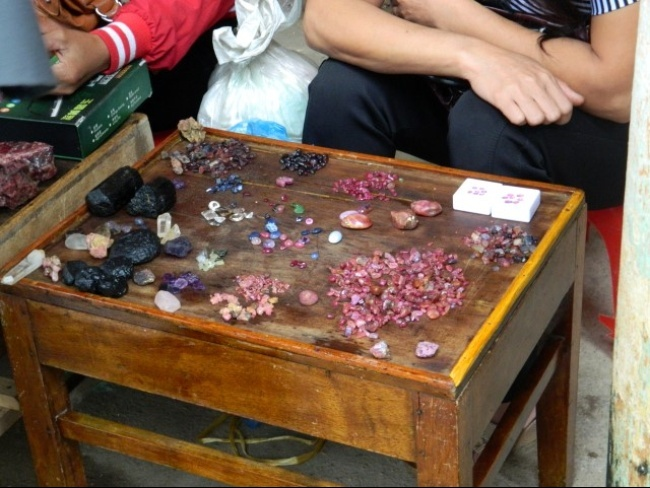 The prices are offered depending on the gemstone beauty, permanence, and rarity. Red rubies are the most expensive. The harder the gemstone is, the more expensive it will be.

Opening Time: This small fair of gemstones and jewels takes place every Sunday from 8 am to 2 pm.

Vietnam Gemstone Market: You can never find any two gemstones that are totally similar to each other. Therefore, the natural gemstone items here are always unique that you won’t find anywhere else because they are handmade. Gemstone products are plentiful, both in style and price. Furthermore, even if you do not purchase, you can still participate in the shop's free advisory service. 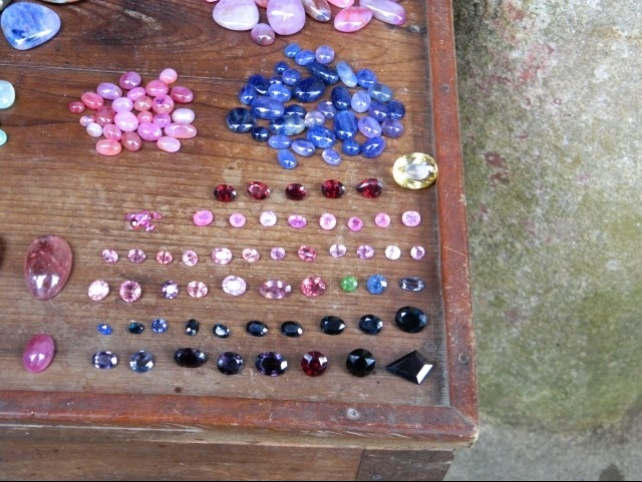 Hoan Chau Gemstone: These shops' owners travelled to many countries such as China, Pakistan, Tibet, Mongolia, etc., to seek new cultures and understand more in-depth about various gemstones at these sites. Therefore, products at these shops are of high-qualified and characteristic.

Everything You Could Need from an Online Hair Supply Store

- Everything You Could Need from an Online Hair Supply Store

- Who wont have to give their young children quite possibly the most valuable instruction doable? Many people today who dwell