That's when Foles, having been released by the Rams, seriously considered hanging up the cleats.

'I think as people, we deal with struggles,' Foles said Sunday night. 'And that was a moment in my life where I thought about it, and I prayed about it. I'm grateful that I made the decision to come back and play.'


Foles, the first backup quarterback to win a Super Bowl since Tom Brady did it in the 2001 season, wasn't fazed by the spotlight. He was 28 of 43 passing for 373 yards and three scores as the Philadelphia Eagles upended the New England Patriots, 41-33.

'It doesn't get any bigger than this, but I felt good, I felt calm,' Foles said. 'I think the big thing that helped me was knowing that I didn't have to be Superman. I have amazing teammates, amazing coaches around me, and all I have to do is go play as hard as I could and play for one another, play for those guys and not look at the scoreboard, not look at the time. Just go out there and play. Don't worry about it, and came away with a victory.'

Foles also made it into the record books, becoming the first player in NFL history to throw for and catch touchdown passes in the Super Bowl. He estimates the Eagles had practiced the play, called 'Philly special,' for about a month. Sunday night, just before halftime, practice paid off.

'I was like, 'Let's just run it,'' Foles said. 'It was a good time, and the end was a little wider than I thought, so I was like, 'I really need to sell like I'm not doing anything.' And it worked. Trey (Burton) made an amazing throw, right on the money.'

It's been a long journey for Foles, now 29. Drafted by the Eagles in the third round (88th overall) of the 2012 NFL draft, Foles spent the first three seasons of his professional career with Philadelphia. He had his breakout season in 2013, leading the Eagles to the NFC East title and a playoff appearance.

But it didn't last. In March 2015, Foles was traded to the Rams for Sam Bradford and a 2015 fifth-round draft pick. That August, Foles signed a two-year extension through 2017.

Then came the slide. Foles was benched for Case Keenum. The Rams made Jared Goff the No. 1 overall pick in the 2016 draft, which led to Foles and the Rams working out his release.

Foles, then 27, had a decision to make. Was he ready to walk away from the game?

He took a few days to let the emotions settle. He went on a fly-fishing and camping trip with his brother-in-law. He talked to his wife Tori. He talked with his family. He prayed about it. That's not surprising, as someone who plans to become a pastor after football.

'That was the greatest thing in the world for me, because it changed my perspective,' Foles said after arriving in Minnesota for Super Bowl week. 'It changed my heart, and I realize how grateful I am to be here.'

Foles decided not to retire yet. Several teams called, but for him, there was only one real choice: He chose to sign as a backup quarterback with the Chiefs for the 2016 season, reuniting him with former Eagles head coach Andy Reid.

'He's a man that has always believed in me, no matter what has gone on in my career,' Foles said. 'He drafted me. I knew that if I played for him, I'd give it one more shot -- that he could find the joy. If I had joy in there, he could bring it back out, and he sure did.'

Foles rejoined the Eagles in March, signing a two-year contract to back up the second-year Carson Wentz. Things were looking up in 2017. The Eagles were rolling.

Then came Week 14 at the Rams, when Wentz suffered a torn ACL.

Foles, though, was ready. He completed 78.8% of his passes, going 26 of 33, for 352 yards and three touchdowns in the Eagles' 38-7 win against the Vikings in the NFC championship game. And then came his Super Bowl performance, blowing away expectations even of Eagles' faithful.

'I'm so happy for Nick,' Eagles head coach Doug Pederson said. 'A lot of people -- a lot like this football team -- a lot of people counted him out and didn't think he could get it done. I believed in him, the staff believed in him, and this whole postseason Nick has shown exactly who he is and what he can do and what he is capable of doing. He's well deserved of the honor, but I know that he would give credit where credit is due, and he had a lot of playmakers tonight make plays for him on both sides of the ball.' 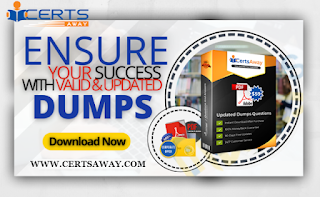 A feared of sitting inside a Palo Alto Networks PCNSA exam? Get the PCNSA Exam Dumps Questions

- Zamira Hajiyeva, who is the subject of the first two unexplained wealth orders obtained by the UK Na

- Ez Temp is a popular place where you find absolutely amazing commercial refrigeration installation by our qualified and experienced technicians. We are available here-