The Congressional Black Caucus Emergency Task Force On Black Youth Suicide and Mental Health recently published a comprehensive report designed to not only educate but to sound the alarm on Black suicidality. Attempting to push back on the trite belief that Black youth simply “do not kill themselves,” this group of Black scientists, Black mental health care practitioners, Black organizers, and Black activists are working to bring Black youth suicide into focus during conversations concerning mental health care in the United States. This blog post is largely informed by the report—please consider reading the report before reading the rest of the blog post.

It is not surprising that this may be the first time you are reading exclusively about Black suicidality. Given the pervasive and prevalent systemic racism found within academia, alongside the insidious and covert discrimination (racism) found in both the nation’s greater science community, (the NIH, the NIMH, the American Psychological Association, and the American Psychiatric Association) and the United States of America writ large, Black scientists and practitioners have been trying to sound the alarm with little to no avail.

The reason for their lack of success is twofold. 1. White and non-Black researchers and practitioners are not doing the work nor are we listening to those who are doing the work— evidenced by your surprise at the 73% increase in suicide attempts made by Black youth in the past thirty years. And 2. Black researchers are 10% less likely to be awarded research funding in comparison to their white counterparts, leaving the important work concerning race and mental health unfunded, unfinished, and undone.

Moreover, media of all kinds fails to address race statistics when reporting and disseminating information surrounding suicidality. Indeed, even in popular media, Black youth are rarely depicted on the big screen as dealing with thoughts of suicide. Black pain and suffering, particularly Black mental pain and suffering, is made invisible and invalidated as it does not fit in with the white racist oeuvre of what it means to be Black in the United States. Typically, it is the frail, misunderstood, chain-smoking white teenage boy or the bullied white teenage girl.

Rarely, if ever, are we given any insight as to what specific lived experience of suicidality Black youth deal with day-to-day in the 21st century—and based off of the statistic above, it is obvious they are dealing with it.

If we are to be authentic in our chants and ever-changing profile pictures, all proudly proclaiming that Black Lives Matter, we must take seriously all the ways Black people die and are at risk to die at disproportionate rates to non-Black people, inclusive of suicide.

The risk factors for suicidality outlined in the Congressional Black Caucus Emergency Task Force’s report are all inextricably intertwined with inequality and modernity.

Each “risk factor” outlined is a non-dominant identity—showcasing that we force Black people in the United States to pay a mental toll for each of their deviances from whiteness, the patriarchy, heteronormativity, and neoliberalism.

For example, LGBTQIA+ Black youth, Black youth hailing from a low socioeconomic status, and Black youth who are targets of bullying i.e., racism, are all considered at high risk for a suicide attempt.

Sure, all queer people in the U.S. pay a mental toll for their identity. It is already dangerous to be transgender and live in the United States, but couple that identity with Blackness, it is not just dangerous, it is deadly….

Similarly, socioeconomic stress is known to have deleterious effects on mental health and wellness. From slavery, to redlining, to gentrification, this country has always been designed to keep Black people socioeconomically disadvantaged—taking yet another mental toll.

Another toll must be paid whenever a Black person logs into Facebook, Twitter, or Instagram. Will today be another day where they are forced see one of their peers lynched by police? In fact, a recent survey of young people of color suggests that exposure to “online racial traumatic events” is associated with depression and post-traumatic stress symptoms, both of which have been associated with suicide risk.

Even outside of the scope of race, suicide can largely be understood as a symptom of inequity, caused by the compounding negative effects of all sorts of structural injustices: racism, classism, sexism, and ableism, rather than a direct tie to a diagnosable mental illness or an unexpected one-off crisis.

What is the first step that mental health care practitioners and so-called allies can take to meaningfully push back against the rising rates of completed suicides and suicide attempts for Black youth? By understanding suicidality as a complex and nuanced social justice issue, rather than solely an issue of mental illness fixed only by pharmaceuticals and Cognitive Behavioral Therapy, we are given the framework to critically understand, speak truth to, and breathe nuance into Black suicidality. In other words, we are given the framework to begin to fix it.

To reiterate once more, young Black people who have attempted to take and have taken their lives did not lack resiliency nor were they necessarily mentally ill.

They live in a society where this is nothing new. #SayHisName Emmitt Till.

These young Black people live within the confines of a culture that continues to foster and perpetuate such an insidious form of racism that we will never be able to say all the names of those lost senselessly to horrifying inequity and bigoted ignorance and indifference. These young Black people live in a country where they are told day-in-and-day-out that their lives do not matter. And yet, we have the audacity to be surprised when faced with a statistic that demonstrates exactly what we have told them.

So, let’s call it like it is: The suicides that have transpired and will ensue in Black communities can be understood to be caused by an institutionalized inequality that requires Black folks to negotiate their quality of life with life itself. And, to only speak to their suicide and suicide attempts as a “mental health issue” not only underestimates their resiliency, but grossly discounts the emotional toll racism continues to take on Black people in the United States.

What is even more frustrating is that when Black people do seek out and acquire mental health care, the Black psyche has been historically portrayed as “unwell, immoral, and inherently criminal” (read The Protest Psychosis by Jonathan Metzl and see for yourself), rendering Black anger and sadness as needing mental health care but limiting quality and meaningful access to it.

Therefore, the implicit bias (racism) toward Black minds, in conjunction with a dominantly white mental health workforce, is yet another emotional and mental toll society takes from Black people daily.

It is my hope that by now, the statistic at the beginning of the blog post is unsurprising. So, what are you going to do about it?

Here are five easy things you can do today to address Black youth suicide and Black mental health.

Listen to and learn from Black practitioners, researchers, and organizers. (Below is a reading list.)
Question, always, how systems of oppression are so obviously detrimental to mental wellness and health.
Acknowledge and own your privilege if you are not Black; be proactive in finding ways to use your privilege to push back against anti-Black racism in mental health care.
Stop reposting Black death.
Sign petitions to defund the police and other petitions organized by Black people.
Black Mental Health Resources That Are Accepting Donations
BEAM Collective: We are a collective of advocates, yoga teachers, artists, therapists, lawyers, religious leaders, teachers, psychologists and activists committed to the emotional/mental health and healing of Black communities. https://www.beam.community/whatwebelieve

The Okra Project: The Okra Project is a collective that seeks to address the global crisis faced by Black Trans people by bringing home cooked, healthy, and culturally specific meals and resources to Black Trans People wherever we can reach them. https://www.theokraproject.com/

Harriet’s Apothecary: Harriet’s Apothecary is an intergenerational, healing village led by the brilliance and wisdom of Black Cis Women, Queer and Trans healers, artists, health professionals, magicians, activists, and ancestors. Our village, founded by Harriet Tubman and Adaku Utah on April 6, 2014, is committed to co-creating accessible, affordable, liberatory, all-body loving, all-gender honoring, community healing spaces that recognize, inspire, and deepen the healing genius of people who identify as Black, Indigenous and People of color and the allies that love us. http://www.harrietsapothecary.com/who-we-are

- Starting something new can be intimidating. Knowing the challenges that you’ll face in your journey can help you to overcome them more easily. Just like any other profession, writing takes an im 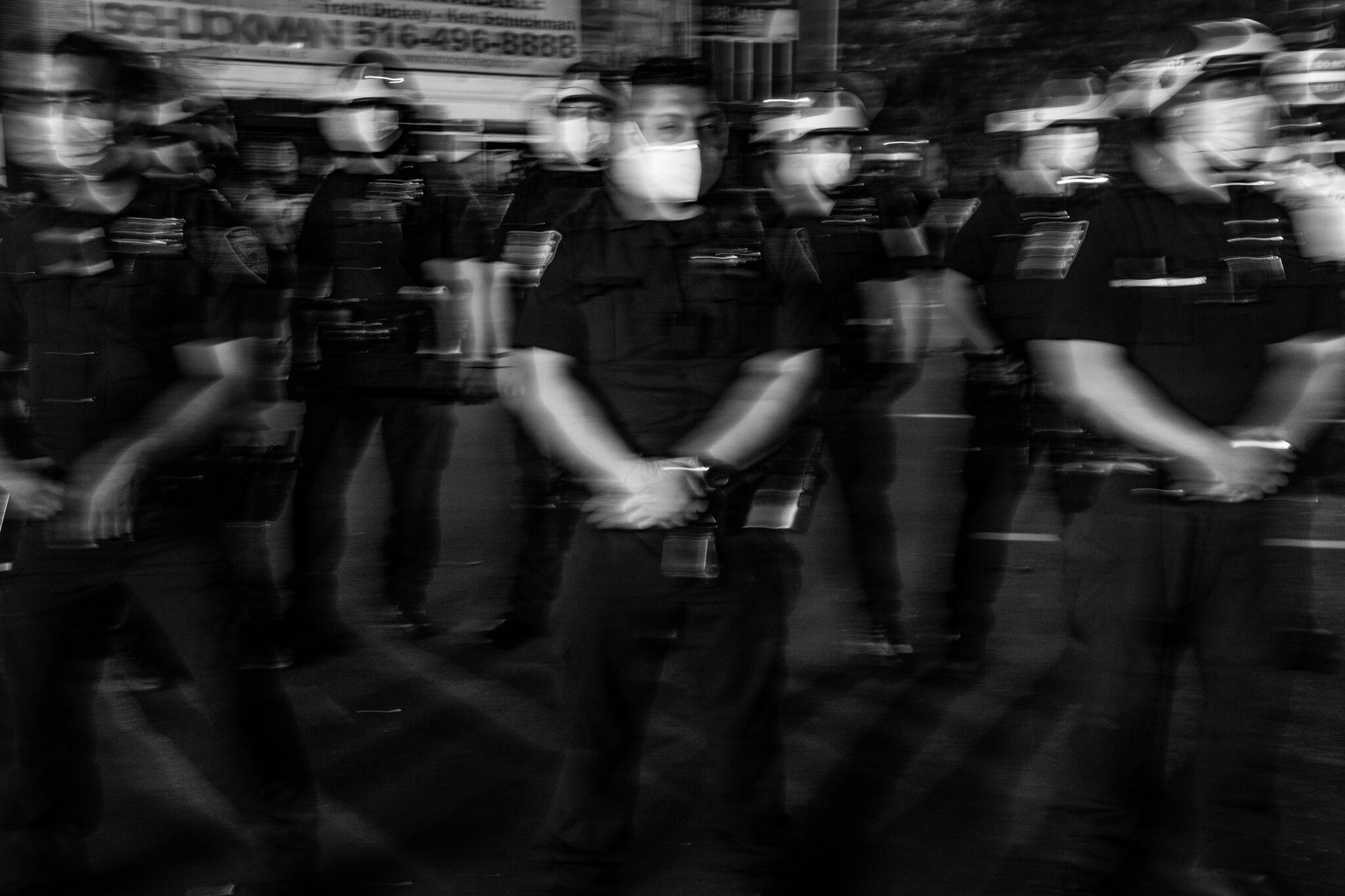 Beyond Peril: How The Times Responds When a Journalist’s Safety Is Compromised