Paris Hilton Uploads Romantic Photos with Her Lover, Carter Reum at Her 40th Birthday Celebration Party. Many Fans Call the Portraits of the Two Like a Perfect Couple.
Hollywood celebrity Paris Hilton recently celebrated her 40th birthday. Despite her birthday on February 17th, it looks like Paris decided to throw her birthday party recently. This is known from Paris' uploads on her personal Instagram page on Monday (22/3). 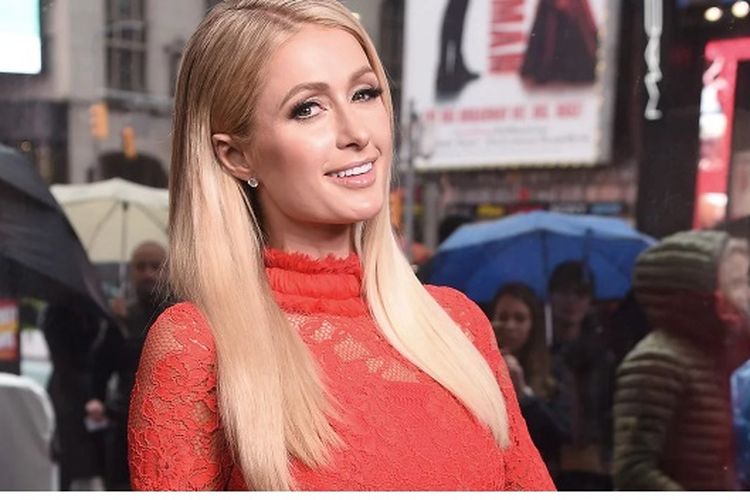 In the upload, Paris is seen wearing yellow clothes at her birthday party. He threw a simple party which was attended by his friends and family. Not wanting to be left behind, her lover, Carter Reum, was also seen at the Paris birthday party.

Even Paris uploaded a sweet and intimate photo with Carter on her personal Instagram page. Carter, who was wearing a dark blue jacket and shirt, was seen hugging Paris affectionately. Not to forget, Paris also wrote a sweet sentence in the post. Paris calls Carter a light for her life.
It didn't take long, the Paris post was immediately crowded with various kinds of comments from fans. They said they were happy to see Paris and Carter's relationship getting more romantic. The fans also said that the two lovebirds were very compatible.

"Really like you two. Very happy day and happy couple too," exclaimed one fan. "You two look like a perfect match," said other fans. "The most adorable couple, I'm happy to see you," added another fan.

Interestingly, Paris and Carter are known to have been officially engaged. Carter himself had proposed to Paris right on his lover's birthday on February 17th. Carter's proposal became the most beautiful gift for Paris at the age of 40 years. Paris proposed by Carter right after they became lovers for a year.

##
Brithey Spears Reminded Mother To Sing Again
It's been a long time since Britney Spears appeared before a sea of ​​fans. This made many fans miss his presence on stage, including his mother. Britney's mother, Lynne Spears, even remembers Britney that she can sing.

The pop star shared the video on Instagram, writing, "Geez ... My mom sent this to me and reminded me that I can sing." Her mother apparently told her, "You never sing again ... you need to sing again !!!!"
Britney, who is a mother of two, did not comment on the encouraging words. Instead, he says that he's never even watched a throwback show, adding that it's a thing of the past.
"This was from one of the first trips I took alone," he recalls. "Mostly I just remember saying 'WOWSingapore!'."

Although Britney's mom and fans miss the singer's voice, it seems that the star has no desire to travel the world right now. Last November, Britney's lawyer Samuel D. Ingham III said the pop star was afraid of her father, Jamie Spears, and refused to appear as long as she controlled her career, according to Us Weekly.
The 39-year-old soloist last appeared on stage in late 2018, just months before the singer halted Domination's upcoming residency at MGM's Park resort in Las Vegas. At that time, her father's health was in decline and Britney decided to dedicate her focus and energy to taking care of her family.

He said in a statement, “We have a very special relationship and I want to be with my current family as they are always there for me.” Since then, the artist has not returned to the stage.
##
Bella Thorne Officially Applied by Men from Italy
The beautiful Hollywood actress Bella Thorne has just officially spoken to her Italian lover. Even Bella is seen showing off her engagement ring in public.
Happy news comes from one of Hollywood's popular celebrities, Bella Thorne. This is because Bella reportedly just proposed to her lover, Benjamin Mascolo.

Bella's lover is known to be a 27-year-old singer from Italy. The happy news was first shared by Benjamin on his personal Instagram page. Benjamin uploaded several video and photo posts through his Story and Instagram page.

In one of the Instagram Stories, Benjamin wrote a series of sweet sentences for Bella. Even at the end of the sentence, Benjamin admits that he will marry Bella soon.

"Thank you for being a wonderful lover, I love you so much," said Ben in the video. "We're getting married!"
Benjamin's post then received a lot of comments from fans. They said they were happy to hear the news of Bella and Benjamin's engagement.

Why Do Candidates Fail In The Salesforce EEB101 Certification Exams?

- CMMS is short for Computerized Maintenance Management System. For teens wholl be home-schooled,