How Japanese People Stay Fit for Life, Without Ever Visiting a Gym


For people stressed or intimidated by fitness culture

In the United States, I’m often bombarded with images and ads of fitness culture. Athleisure is the craze, and it seems that the majority of people are members of gyms like Anytime Fitness, 24 Hour Fitness, or LA Fitness. Any decent hotel or typical college campus has free access to a gym, sometimes even offering workout clothes for rental. It’s the land of Alo Yoga and the birthplace to Crossfit. The most successful online influencers write about fitness, and it’s not uncommon to see someone share their workout on social media as they would their food.

But in contrast to that, for a country that is a leader in longevity and has very low rates of obesity — the least among high-income developed nations at 4.3% — you might be surprised to find that there is not much of a workout culture in Japan. Athleisure is not a big thing, and not many people have a membership to a gym. People would rarely use their lunch break for a gym session, and those who do are probably seen as exercise zealots.

In a recent Rakuten Insight survey of 1000 Japanese citizens ages 20 to their 60s, about half of those questioned revealed that they barely exercised, about once a month or not at all. Citing not enough time or simply that they don’t like exercising that much, most people just didn’t see working out as part of their lifestyle.

If you take a closer look as to what exercise means to Japanese people, you’ll find that exercise equates working out. But perhaps exercise can take on forms that aren’t necessarily about going to a gym and lifting weights, or going on 10km runs. Namely, perhaps the exercise we need is the kind of exercise that is weaved into our lifestyle: walking.

What the above results show is not that exercise isn’t important to be healthy, but that in Japan’s approach to moving, perhaps most don’t see it as exercise. Japanese adults walk an average of 6500 steps a day, with male adults in their 20s to 50s walking nearly 8000 steps a day on average, and women in their 20s to 50s about 7000 steps. Okinawans in particular are well-known for their walking culture, being especially mindful about incorporating movement in their daily lifestyle. Nagano, a rural prefecture in Japan, was able to flip their high stroke rate by incorporating over 100 walking routes, and now their citizens enjoy the highest rates of longevity in the country.

“The first thing we wanted was just to get people walking. Everyone can do that. You walk, you talk, you get exercise and that helps build up a sense of community,”

This is not a call against working out. I love working out, and spend a few hours a week running, biking, swimming, and completing calisthenic exercises. I don’t doubt the advantages of a good sweat, and find that it boosts both my physical and mental health.

But fitness culture can feel overwhelming for those who aren’t used to it, and too much can perpetuate cycles of shame and guilt. It can make us believe that reaching and maintaining a healthy weight is only available to the dedicated ones who consistently lift weights and are making enough time for daily runs.

Covid-19 UK marks one year since treatment of first patients

The mayor and chancellor say changing the two case rule will give that stability keeping more schools open, but they didn’t detail the future plan

- The mayor and chancellor say changing the two case rule will give that stability keeping more schools open, but they didn’t detail the future plan 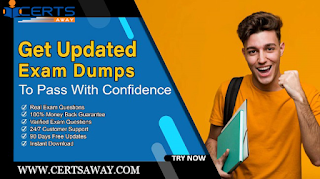