New this Week Tina, Runaway Bunny & City on a Hill


This week’s new entertainment releases includes new music from Carrie Underwood and Evanescence, as well as a documentary in which Tina Turner surveys her tumultuous and extraordinary life

— Most of last week's Oscar nominees are already streaming or available on-demand. Florian Zeller's “The Father,” though, is among the most recent arrivals; it becomes available on premium on-demand Friday. (It's also playing in theaters.) Based on Zeller's own much-traveled play, “The Father” largely takes the perspective of its main character, 80-year-old Anthony (Anthony Hopkins), who's in the grip of dementia. Zeller's directorial debut was nominated for best picture, best actor (Hopkins) and best supporting actress (Olivia Colman, who plays Anthony's daughter), as well as nods for production design, editing and adapted screenplay. My review called it a clever, not profound film but praised the lead performance: “To see Hopkins play all these ever-fluctuating turns of mood is riveting. He has grasped, at least for a proud man like Anthony, how one’s ego keeps fighting a battle it doesn’t know is already lost.”

— In Dan Lindsay and T.J. Martin's revealing documentary “Tina,” Tina Turner surveys her tumultuous and extraordinary life. The film, which debuts Saturday on HBO and HBO Max, includes intimate interviews with the 81-year-old “Queen of Rock ‘n’ Roll," along with previously unseen footage, audio tapes and personal photos. Turner's life has been much chronicled — including the 1986 autobiography “I, Tina” and its 1993 big-screen adaptation “What's Love Got to Do With It.” But time has only made Turner's swings between success, trauma and survival all the more powerful.

— Another Oscar nominee achieved a rare distinction. The piercing Romanian documentary “Collective” was nominated for both best documentary and best international film — something only one previous film ( "Honeyland," in 2020) — has ever managed to do. Alexander Nanau's film, which arrives Thursday on Hulu, was one of the very best of 2020. It trails the unlikely investigative journalists that doggedly reported on the fallout of a horrifying and deadly fire in a Bucharest nightclub. “As a journalism drama,” I earlier reviewed, “it’s as absorbing as ‘Spotlight’ and more sober than ‘All the President’s Men.’” The film is also available on-demand and for digital rental.

— Carrie Underwood’s upcoming album features gospel hymns important to the "American Idol" winner. The 13-song “My Savior” includes “Great Is Thy Faithfulness” with CeCe Winans and “Nothing But The Blood of Jesus” with Bear Rinehart. “The songs on this album are literally songs that I’ve heard from birth,” Underwood shared in a trailer for the album. Also on the album are harmonica legend Buddy Greene, guitarist Mac McAnally, piano virtuoso Gordon Mote and frequent Underwood collaborator Brett James.

— Evanescence is gearing up to release the band's first full-length of original music in a decade, “The Bitter Truth.” It contains the band's signature stew of metal-inspired sounds and strong rock elements, especially in the fiery, independence-minded new single “Better Without You.” On “Far From Heaven,” singer Amy Lee sings about questioning her faith after suffering so much personal loss. The band worked on the album during the pandemic, with the U.S.-based members traveling via tour bus to Nashville to record alongside Lee. “The Bitter Truth” is slated for a March 26 release.

— “The Runaway Bunny” gets star treatment in an animated special based based on Margaret Wise Brown‘s classic book about a bunny eager to leave home. Besides Tracee Ellis Ross’ performance of an original lullaby by Brown, the HBO Max show out Thursday incorporates songs by Mariah Carey (a remake of “Always Be My Baby”), Roseanne Cash (“You Are My Sunshine”) and Ziggy Marley (“What a Wonderful World”), among others artists. From producer-director Amy Schatz (the “Classical Baby” series), the special uses hand-drawn animation to evoke Clement Hurd’s illustrations for the 1942 book.

— Emilio Estevez returns as youth hockey coach Gordon Bombay in “The Mighty Ducks: Game Changers,” a Disney+ series follow-up to the 1990s movie franchise. Gordon has a new challenge: help 12-year-old Evan (Brady Morrow) and his mom, played by Lauren Graham (“Gilmore Girls,” “Parenthood”), create a new team after Evan gets dropped by the Ducks, who have morphed into a team of winners who lack boundaries. Estevez, who had largely traded acting for directing, promises the series debuting Friday captures the films’ “magic” but offers more than nostalgia.

— A drug violence-riddled federal housing project in Boston is at the center of season two of Showtime’s “City on a Hill,” debuting 10 p.m. EDT Sunday. Kevin Bacon’s FBI agent Jackie Rohr is trying to salvage his career by trading on the city’s flawed criminal justice system, with Aldis Hodge’s assistant D.A. Decourcy Ward his formidable opponent. Their hostility is destined to ensnare the office of federal and county prosecutors in what’s described as “all-out war.” Tom Fontana (“Homicide: Life on the Street”) is the executive producer in charge of the drama, back with eight episodes.

While recovering from the coronavirus, Brian Stokes Mitchell began belting “The Impossible Dream” outside his Manhattan window every evening. That beloved show tune could be an appropriate theme as workers in live theater wait to return.

Mitchell has a double reason to dream. In addition to being an idled Tony Award-winning performer, he serves as chairman of the national human services organization The Actors Fund. He calls the past 138 years of the fund “a dress rehearsal” for these desperate times.

“People have been incredibly generous, and I would almost use the word ‘surprisingly,’" he says. "I use that word because people are always incredibly supportive and fun, but just because everybody’s hurting now.”

Despite losing one of The Actors Funds biggest revenue streams — a special performance from each Broadway show — it has distributed more than $20 million in emergency financial assistance to more than 15,000 people since March 18, 2020.

Recently, Mitchell spoke with The Associated Press to discuss how the theater community can rebound, his battle with COVID-19, and how The Actors Fund is training actors for other lines of work.

AP: You were very public about your COVID-19 diagnosis. What went through your mind?

Mitchell: I never had the feeling when I had it that this was going to be something to take me out. Now that might have just been denial or I don’t know. But I never had the sense — even when I was at my worst — I didn’t think ‘This is how my life ends.’

AP: What kind of jobs does The Actors Fund find for out of work actors?

Mitchell: We needed poll workers during voting, vaccine workers, things like that. There is always something else. When one door closes, another door opens. And that’s been part of what The Actors Fund has done — help train people for these things. Also, during the census, people were learning how to be census workers as well. We’re able to help people find these alternative ways to support themselves.

AP: Do you think Broadway will reopen in May as producers have said?

Mitchell: Will that happen in May, June, July, August? Who knows? It could be September before we get going. It could be next year before it gets going in full swing. Or it could be exactly when they say it is. We just don’t know. There are more questions than answers.

AP: How long will it take for Broadway to recover?

Mitchell: This pandemic may be two years from beginning to end for most people. Not actors, or anybody in the performing industry. Because I’m an actor, that’s the first thing that comes to my head. It’s probably more going to be like five years because we have to recover from this. A lot of people not only lost their main job, but lost a backup job as well. A lot of people in show business, when they’re not working, they may bartend, they may work in a restaurant. And those jobs largely have been cut back. And for a while they were stopped as well.

AP: What about smaller theaters and local shows?

Mitchell: Possibly we’re going to see regional theaters come back in full swing before we see Broadway come back in full swing just because people need live theater. They are craving that. They want to sit with other people and experience something that is only happening that one time for them. People want that... I think it’s going to happen regionally first because it’s much easier to get in your car and drive a half-hour if you need to and park your car and watch in regional theater and cheaper than it is to plan a trip.

AP: How did you come to sing “The Impossible Dream” out your window?

Mitchell: Like everybody else at seven o’clock every night, my wife and I would hang out the window and clap and bang on drums and pots and pans as thanks for the essential workers. One day when I was doing that after all the applause died down, I thought, ‘Yeah, I think I can sing. I think I feel strong enough. I think I can sing without coughing.’ So, I thought let me just sing — what the heck, I will sing ‘The Impossible Dream,’ and I sang it and I saw everybody in the street stopped and everybody looked up. They listened and then everybody applauded. There’s lots of people because I overlook Broadway. So, there’s still a lot of people on the street. I was thinking it was just going to be a one-off &m

HOW TO SLAP DOWN A DONALD TRUMP 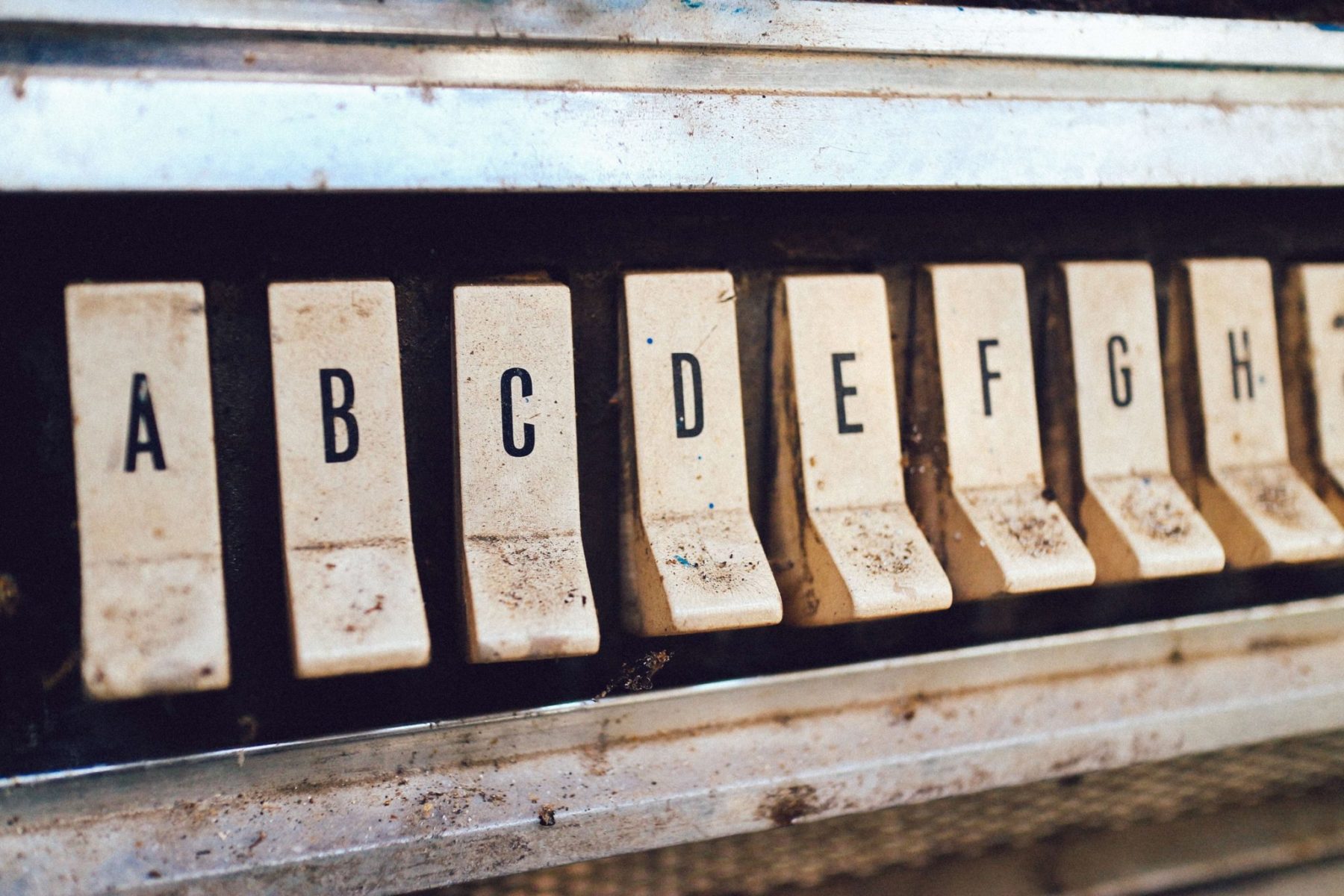 - Acronyms and abbreviations are used in every aspect of life, from medicine to religion