With the coronavirus spreading out of control in Brazil, the South American giant's neighbors are feeling the heat as their new Covid-19 infections are also on the rise.

Brazil surpassed 300,000 deaths from Covid-19 on Wednesday and has seen record daily infections over the last week, with an average of 2,273 fatalities.

It's been blamed on a local variant of the virus that is believed to be more contagious.

But now, according to the Pan American Health Organization, cases are rising also in the Venezuelan states of Bolivar and Amazonas, Pando department in Bolivia and the Loreto region in Peru -- all of which border Brazil.

Several countries such as Uruguay, Venezuela and Peru blame the new Brazilian variant for massive jumps in their cases.

But three months later, the Brazilian variant has been detected in 15 countries or territories in the Americas.

Close to 24 million of the 600 million people living in Latin America and the Caribbean have contracted Covid-19 and more than 750,000 have died, according to an AFP count based on official figures.

Peru's Health Minister Oscar Ugarte said on Wednesday that a study based on a sampling throughout Lima showed that the variant was responsible for 40 percent of infections in the city.

Peru has a 2,800-kilometer long border with Brazil and first detected the variant in January in its Amazonian region of Loreto.

Until recently, Uruguay drew praise for its management of the pandemic and ability to limit its spread despite never resorting to a lockdown.

It is now confronted by a "complex situation" that has put its health system under pressure, President Luis Lacalle Pou acknowledged.

That small country of 3.4 million people and duty-free shops on the border with Brazil registered a record 2,682 daily cases earlier this week.

Despite calls from the medical profession, Lacalle Pou has refused "in principle" to impose a lockdown, limiting measures to the closure of public services, schools and indoor sports halls.

The situation has become critical in Paraguay, which is running out of beds in intensive care units.

President Mario Abdo, whose management of the pandemic has led to protests demanding his resignation, has ordered a one-week lockdown from Saturday.

In Venezuela, a "radical lockdown" began on Monday and is due to last two weeks after months of relaxing confinement measures.

It comes despite scarcely believable official figures -- 152,000 cases and 1,500 deaths amongst a population of 30 million -- derided by the opposition and NGOs.

Vaccination campaigns throughout the region are at different stages but none have yet led to concrete results.

The bitter-sweet experience of Chile is a case in point. A vaccination leader alongside Israel, Chile has nonetheless seen a brutal surge in daily cases, reaching a new record of more than 7,000.

"A real effect" from the vaccination program, in particular on intensive care units, "won't be visible before April," said Darwin Acuna, president of Chile's society for intensive care medicine.

With close to a million people infected and 22,000 dead, Chile put almost 70 percent of its 18 million population under lockdown on Thursday.

A curfew planned for the weekend will extend those measures to 90 percent of the population.

This is happening even though six million people have received at least one vaccine dose, and more than half of those have had two.

The spillover of the pandemic from Brazil to its neighbors seems inevitable given it borders 10 countries totalling almost 17,000 kilometers of frontier.

On Tuesday, the country of 212 million people hit a new record of 3,251 daily deaths and more than 12 million people in total have been infected, including the virus-skeptical far-right President Jair Bolsonaro.

Twenty-three of the country's 27 states have reached at least 85 percent occupancy of intensive care units and oxygen shortages are widespread.

- The US Capitol is seen as the House of Representatives prepares to debate the Senates version of U.S. President Joe Bidens COVID-19 relief plan 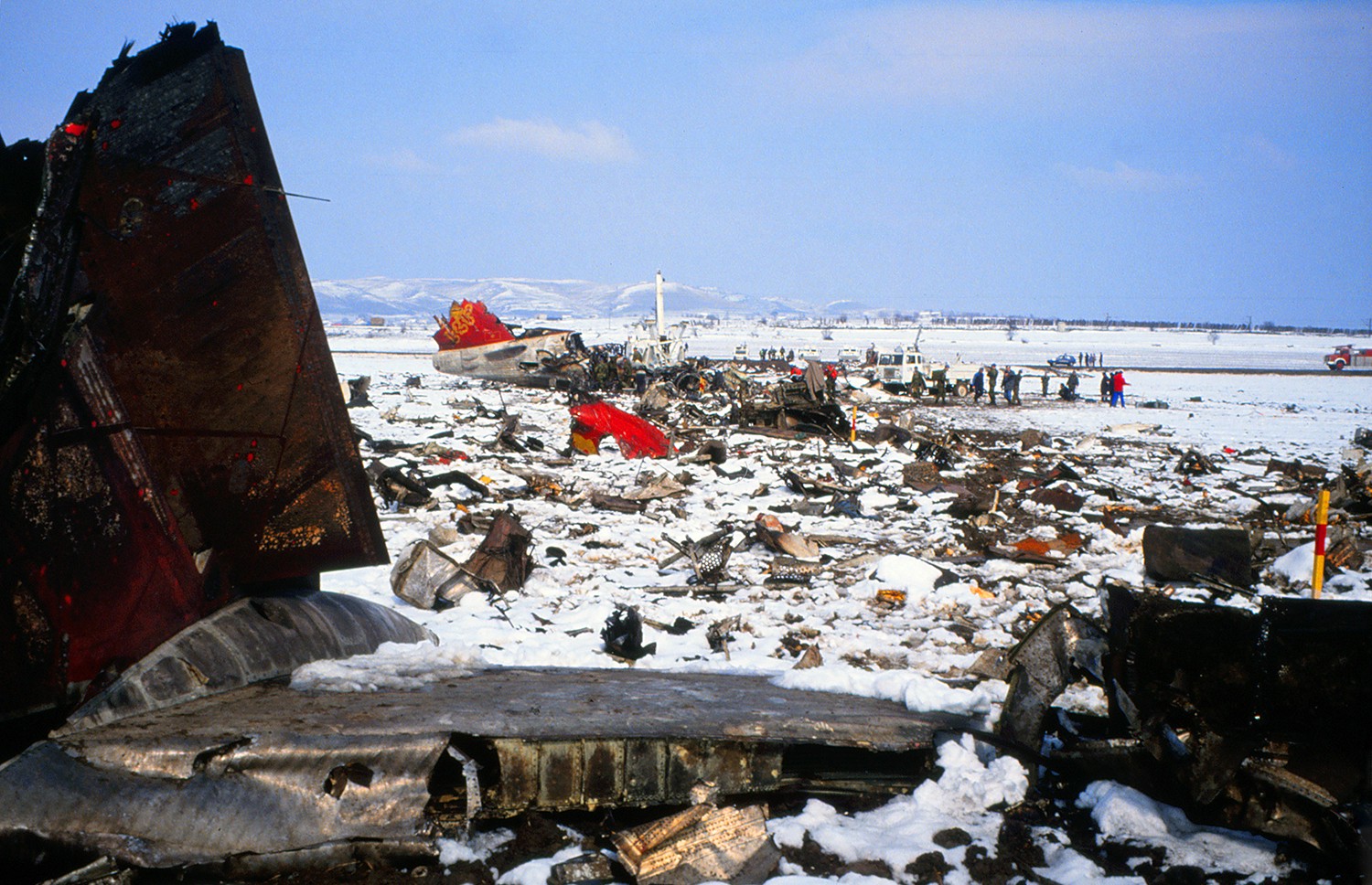 Reason Behind The crash of Palair Macedonian Airlines flight 301

- On the 5th of March 1993, a Fokker 100 jet flying for the national airline of the newly independent republic of Macedonia lost control during takeoff