The death of Chadwick Boseman because of cancer, not only makes Black Panther fans mourn. Some felt pessimistic that the sequel could be more jarring than the first film.
However, Ryan Coogler, who directed the first film Black Panther, still holds the mandate of Marvel Studios to work on the second film which is planned to air next year.
Now, Ryan Coogler is rewriting the Black Panther 2 screenplay which was actually completed before Chadwick Boseman died. He has a heartwarming reason for working on the sequel to the African superhero film, which will no longer feature T'Challa's character.
Must go forward
"It's difficult. You have to keep going when you lose the person you love. I know Chad doesn't want us to stop. He is someone who really likes being together," Ryan Coogler told The Hollywood Reporter, quoting from comicbookmovie.com, recently.
Amazed
Ryan Coogler also implicitly reminisced about his admiration for Chadwick Boseman who was willing to join him and the Black Panther stars, who either filmmakers or other stars might not be interested.

"'Black Panther,' that's her film. She was hired to play the role before anyone else thought of it, before I was hired, before any actress was hired," continued Ryan Coogler.
Big Attention
In addition, Ryan Coogler also recalled the attitude of Chadwick Boseman who had great attention to the entire crew and cast of the Black Panther film.

"At that location, he devoted himself to other people. Even though he experienced what he had already been through, he examined them, making sure they were all good," Ryan Coogler recalls.
Attitude to Remember
Apart from that, there is one more strong reason why Ryan Coogler persisted in working on Black Panther 2. It was Chadwick Boseman's attitude on the set that made Ryan always remember him until he became even more motivated.

"If we cut his analysis, he would stay on set and read the off-camera dialogue, to help the other actors appear. So it would be harder for me to stop. To be honest. I felt like he was screaming at me, like, 'What are you doing?' So I decided to keep going, "concluded Ryan Coogler.

Finally, Marvel Studios and Disney officially stated that Black Widow will air in July this year. Welcoming its broadcast, a new trailer was released after a year of postponement due to the pandemic.

This two-minute trailer opens with a flashback of Black Widow's previous films. Including in Avengers: Endgame which made the audience teary-eyed.
You don't know everything about me. I've lived many lives. Before I was the Avengers. Before I had this family. I made a mistake, choosing between what the world wants you to be ... and who you are, "says Scarlett Johansson's narrative of Black Widow.
New Scene
In addition to the opening scene containing flashbacks, this new trailer also highlights a number of scenes of Black Widow with other colleagues who received the same education as him.
Antagonist Characters
This trailer also takes a closer look at the appearance of Taskmaster, the antagonistic character who is Black Widow's main enemy. A scene in the air shows the two of them fighting fiercely.
Avengers Theme Music
Interestingly, the scene in this trailer uses the Avengers theme music. However, at the end of the video, the music is filled by a Russian-style choir, Black Widow's hometown.
Not only in the cinema
Black Widow, which is scheduled to air on July 9, is reportedly not only arriving at theaters. Disney + also aired it on the same day but in the form of premiere access.

From the title, Doctor Strange 2 is sure to bring Marvel's new world to a wider scope, namely by presenting the concept of the multiverse. Rumor has it that a number of new characters will appear.
The site wegotthiscovered.com recently said that an insider from the Giant Freakin Robot portal claims Doctor Strange 2 will bring a number of familiar characters. Some of them come from the story of the X-Men and the Fantastic Four. 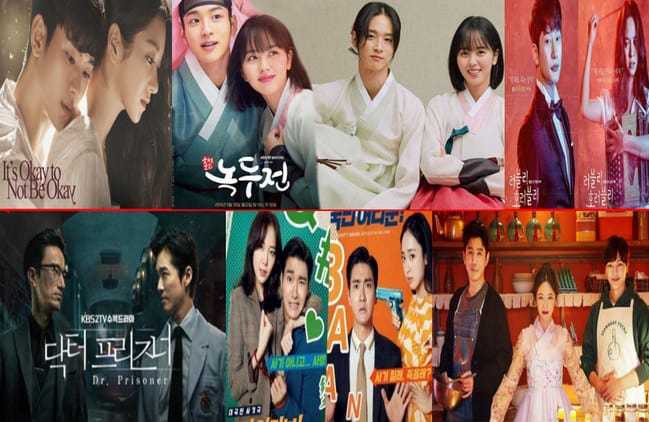 The 5 newest Drakor on Netflix that airs May 2021

- Netflix is ​​ready to broadcast many interesting shows in May 2021, there are lots of exciting stories