Fake : By WhatsApp and Facebook it is said that the "COVID incubation date" will begin in Mexico. Lie…


On WhatsApp, Facebook and Twitter, it was reported that the General Hospital Dr. Enrique Cabrera and the Hospital de Infectología La Raza, located in Mexico City, would have alerted the population that "as of Wednesday, March 25," it was necessary "to leave the house at all because the incubation date will begin and many people will begin to leave with positive results for * COVID-19 * and spread the contagion." However, the information is false.

Mexico / Bogotá, Mar 24 (EFE) .– The General Dr. Enrique Cabrera and Hospital de Infectología La Raza medical centers in Mexico City have not reported, as stated in social networks , that as of March 25 a “ incubation date ”of the coronavirus that will increase the cases of the disease in the country.

Through chains on WhatsApp and publications on Facebook and Twitter , Internet users have spread a supposed warning in which both public hospitals assure that Mexicans are facing a "MAXIMUM STAGE OF INFECTION."

"As of Wednesday, March 25, do not leave the house at all because the incubation date will begin and many people will begin to leave with positive results for * COVID-19 * and spread the contagion," says the letter, that in a single Post has already been shared more than 300 times on Facebook .

Although the message recommends that “being very careful is very important and very crucial”, it also points out that: “from March 23 to April 3 we must take care of ourselves, since we will be at the peak of the virus. It's two weeks, normally all the infected will appear. Then there are two weeks of calm and then two weeks where it decreases ”.

These publications give an example of the situation in countries such as Italy, where, their authors point out, "they were neglected at the time of contagion and that is why all the cases resulted together."

“Do not receive visits from anyone, not even from the same family. All this is for the Good of All ”, ends the text, which asks to be shared with as many family and friends as possible.

THERE IS NO "INCUBATION" ALERT

The truth is that, so far, there is no active alert of this type - neither in Mexico City nor in the rest of the country - and health organizations have asked to consult their official information channels by denying the viral text.

The Communications Unit of the Mexican Social Security Institute (IMSS) confirmed to EFE that the alleged warning "is information that the entity does not know" and pointed out that there are even errors in the message, since March 25, 2021 corresponds to on a Thursday and not on Wednesday.

"The official information as such is issued through the institutional channels, which are our page and through our social networks -Twitter and Facebook-", the entity settled.

EFE did not find, precisely, any alert about an imminent "incubation" of COVID-19, a term that is also not very recurrent to refer to the increase in cases of the disease, in the official channels of the IMSS or the federal Ministry of Health or the Secretariat of Health of Mexico City.

By order of the Mexican Government, the only persons responsible for the communication of measures of this type are the federal agencies.

MEXICO AND THE PANDEMIC

Mexico has already registered almost 200 thousand deaths since the beginning of the pandemic and exceeds 2.2 million infections, according to the authorities of the Ministry of Health.

With these figures, the country ranks thirteenth in the world in the number of infections and third in the number of deaths from the coronavirus, behind the United States and Brazil, according to the US Johns Hopkins University.

As of Tuesday, five million 926 thousand 967 million doses of the vaccine against COVID-19 had been administered among the Mexican population.

This week there were various fake news , among the most prominent is that the United Nations (UN) revealed in a list that Mexico has not acquired vaccines against COVID-19, as well as the fact that the vaccines developed by Pfizer that the country has received were given away by the administration of former United States President Donald Trump.

MEXICO CITY (AP) .— A summary of the most popular, but completely untrue , stories and images of the week. None of these are legitimate, despite being widely shared on social media . The Associated Press verified them. Here are the facts:

JOE BIDEN DID NOT END WOMEN'S SPORTS IN SCHOOLS

THE CLAIM: US President Joe Biden decreed an end to women's sports in schools.

THE FACTS: Biden hasn't ordered an action like that. Since taking office on January 20, the Democrat has issued a series of executive orders to reverse policies promoted by his predecessor, Donald Trump, around climate change, migration and the LGBTQ community, but none of Biden's provisions contemplate the elimination of women's sports.

On January 20, after he was sworn into office, President Biden issued a series of executive orders to reverse policies pursued by Trump during his presidency.

Among the provisions published by the new administration is the reincorporation of the United States to the Paris climate agreement, through which countries seek to curb emissions of carbon dioxide and other greenhouse gases globally.

Biden also signed an executive order to preserve the program known as Deferred Action for Childhood Arrivals, known as DACA, and which protects young people who were entered without authorization as children from deportation.

The Trump administration had sought the cancellation of the program and withdrew from the climate change agreement.

In addition, it reinstated a policy created during the administration of President Barack Obama - in which Biden served as vice president - to prohibit discrimination against transgender people in schools.

In 2017, weeks after taking office, the Trump administration canceled this policy, which had been criticized by conservative groups opposed to promoting the rights of the LGBTQ community.

A post circulating on Facebook erroneously claims that Biden ordered an end to women's sports by flipping the provision to prohibit discrimination against transgender people in schools.

But Biden's order does not mention any measures to cancel women's or men's sports in schools. In addition, the policy promoted by the Biden government is applicable to both transgender men and women.

Biden signed an executive order on Monday that prohibits discrimination against transgender people seeking to join the US military, The Associated Press reported . The new order also prohibits the expulsion of military officers for reasons of gender identity.

The previous administration had implemented a policy that prohibited the incorporation of transgender people into the military.

Biden has said that his administration seeks to promote a policy of inclusion and equity regardless of people's religion, gender identity or country of origin.

US and China trade angry barbs at high-level Alaska talks

- US and Chinese officials have exchanged sharp rebukes in the first high-level talks between the Biden administration and China, taking place in Alaska.

- Marketing automation is one of the great processes that help not only to automate their repetitive marketing tasks. On earth with the promotion class. 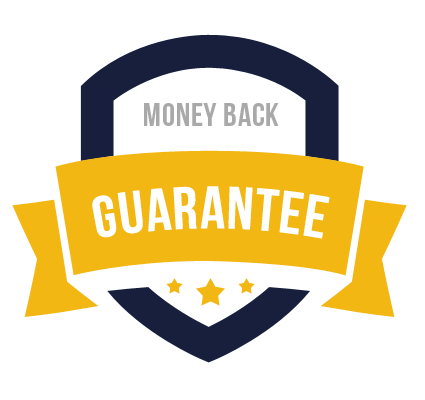