German finance minister Wolfgang Schaeuble is visiting Athens on Thursday for the first time since Greece received its first bailout three years ago, hours after the Greek parliament voted through a bill paving the way for thousands of public sector jobs to be cut.

His visit also comes a day ahead of a European Union deadline for Greece to meet targets before it gets its next round of bailout money.

Germany, seen as the driving force behind international creditors' insistence on austerity and reforms, has been the focus of much anger among Greeks suffering as a result of the country's debt crisis.


Newspaper headlines Thursday reflect that sentiment. The newspaper Avgi says 'Ave Schaeuble, those about to die salute you,' a reference to a phrase attributed to Roman gladiators as they greeted their emperor.

A headline in another paper, To Pontiki, refers to 'the exterminator' and shows Schaeuble about to run over civil servants on a rail track.

The measures that were voted through early Thursday had to be approved in order for Greece to receive the latest 6.8 billion-euro slice of international bailout funds -- needed to keep the country afloat.

The bill scraped through, with just 153 lawmakers out of the 293 present in the 300-seat parliament voting in favor.

There were protesters outside the parliament building late into the night while the vote was taking place.

Greek police banned public gatherings and marches in much of central Athens from 9 a.m. to 8 p.m. Thursday for security reasons, applying similar restrictions to those imposed during a visit by German Chancellor Angela Merkel in October.

But Greece's main opposition party, the Coalition of the Radical Left, Syriza, issued a statement calling for a rally Thursday evening 'against the architect of the bailout austerity policies' at a square near parliament.

In its statement, Syriza said that 'if the government is not hesitant about issuing dictatorial decisions banning gatherings, then the people must show that they have no fear for them.'

Under the new legislation, 4,000 civil servants, including teachers, could be out of work this year.

Another 25,000 will be on a 'mobility scheme' by the end of the year. This will allow them an eight-month period to look for re-employment while receiving 75% of their salary. If by the end of that period they have not found work in a different department, they could lose their job.

A total of 15,000 are expected to be out of work by the end of 2014 to comply with the requirements of Greece's lenders, the International Monetary Fund, European Union and European Central Bank, which are asking for a slimming down of Greece's inflated public sector.

But for ordinary Greeks, who are facing unprecedented unemployment raging above 27%, the fear is that if they lose their job, they will not be able to find another in the Greek market.

Only hours before the vote, Samaras announced Greece's first tax cut since the crisis began nearly four years ago.

He said Greece 'will not relax' in its efforts, adding, 'We will continue climbing up the hill, we will reach the top, which is not far, and better days will come for our people.'

The cut in the value-added tax in the food service sector, from 23% to 13%, had been an issue in negotiations with Greece's lenders for months.

The timing of the announcement could be seen as a signal of the government's willingness to boost the private sector, while downsizing the bloated public service. Many Greeks believe the private sector has suffered a disproportionate amount during the crisis in order not to shed public sector jobs.

On Tuesday, Greek unions called the country's fourth general strike of the year so far, bringing many public services to a halt.

At least 16,000 protesters joined a peaceful march and protest held to coincide with the strike, Athens police said.

Greece, the first country to receive a European Union bailout, in May 2010, is struggling to bring its huge public debt under control.

The country is in its sixth straight year of recession, and unemployment stood at 26.8% as of March of this year, according to official figures. The jobless rate among young people in Greece has soared to nearly 60%.

On Tuesday, Greek unions called the country's fourth general strike of the year so far, bringing many public services to a halt. Another 25,000 will be on a 'mobility scheme' by the end of the year. This will allow them an eight-month period to look for re-employment while receiving 75% of their salary. If by the end of that period they have not found work in a different department, they could lose their job. The bill scraped through, with just 153 lawmakers out of the 293 present in the 300-seat parliament voting in favor. - Mark Ruffalo To Appear With Emma Stone In Searchlight Pictures Poor Things. This is a film that takes Frankensteins story and reimagines it 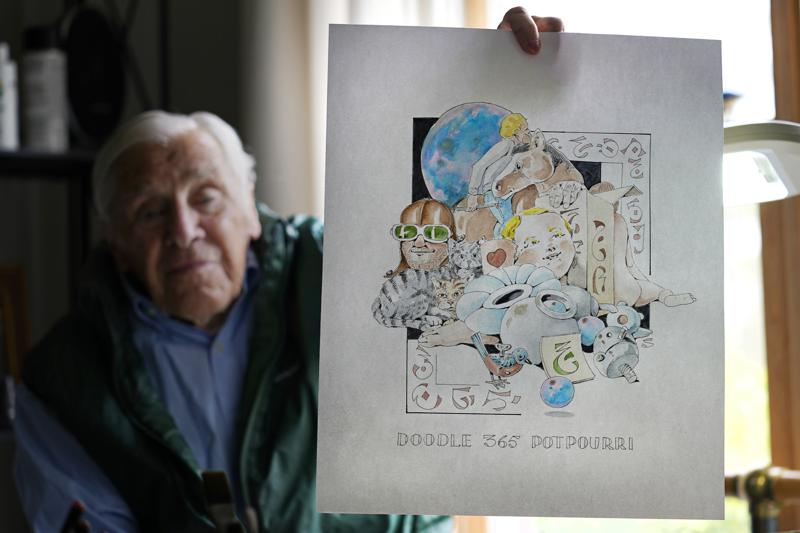 - Much like the round clock faces, gears and planets that often populate his artwork, Robert Seaman has come full circle Seaman, 88, has been drawing

- The assailant, 29, was subdued with a stun gun and arrested on suspicion of attempted murder at 7:14