If filmmakers in Hollywood usually need experts in the field of makeup or cameras, now they are reportedly looking for COVID-19 consultants. The reason is to ensure that film production can run smoothly in the midst of the Corona COVID-19 virus pandemic.
Reuters reports that epidemiologists or other health professionals are expected to provide a detailed strategy for the interaction between film crews. For example, is it safe to place a lot of cameras in a tight space, how make-up artists dress up actors, and whether actors are discouraged from doing certain scenes. 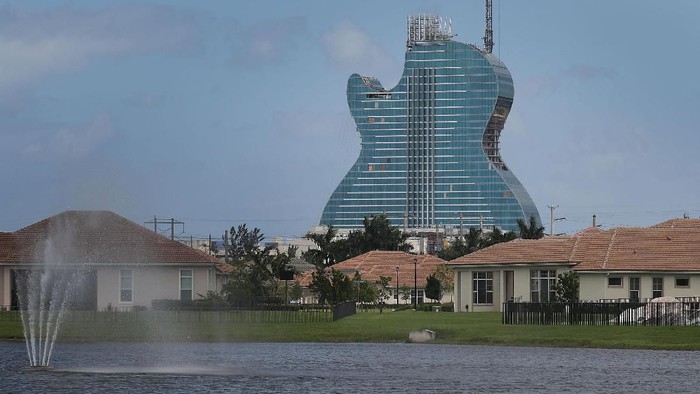 Also read: WHO asks to stop, RI will still use chloroquine to treat Corona
The writer and director, Tyler Perry, admits that he will start the production process again on July 8. He is preparing a special isolation room on set to prevent the possibility of spreading the virus if any crew feels sick.
"It takes a lot of staff, doctors, epidemiologists, lawyers, union representatives, talents, crew members, insurers and other great thinkers," said Tyler.

One of the experts hired by Tyler recommended that all the crew involved be tested before starting shooting and at least once or twice in the middle of the production process.

Also read: WHO Collaborates with Minion-Gru 'Despicable Me' for the Campaign to Prevent COVID-19

Predicting the Future of the Hollywood Red Carpet After the Corona Pandemic
That question often arises during the red carpet or red carpet in Hollywood, whether it's during movie premieres or award shows. However, that question might not arise again.

The cause is the Corona virus pandemic which has changed the order of all sectors, including the world of entertainment. As long as there is no vaccine, it seems unlikely that everything will go back to how it used to be.
Hollywood's red carpet is usually filled with artists, photographers, publicists, and many fans who are scrambling to take selfies. Of course, this is difficult to happen because you have to maintain social distancing.
Even if the Hollywood red carpet were back, it would be very different.

"Everyone really wants to go back to the normal version, when we can be close to people," said an anonymous publisher as reported by Reuters, Wednesday (27/5/2020).

"I'm not sure things will return to how they used to be until there is a vaccine. No one can say for sure when people will come back in contact and go to many places," he added.

Hollywood Controversy, The Story of Veronica Lake Wants to Get Out of the World of Entertainment

Hollywood is the longest running entertainment industry in the world. Various controversies have also appeared in the industry, one of which is the story of the beautiful actress Veronica Lake.
The woman who was famous in the 1940s, apparently wanted to leave Hollywood in a message found before she died.

"I have to get out. I never wanted to be a movie star psychologically," he wrote in a message quoted in the memoir 'Veronica: The Autobiography of Veronica Lake'.

In addition, Veronica is said to be forced to enter the entertainment world because of her mother's wishes. This was revealed by Eddie Muller, the host of Turner Classic Movie.
"He had a very aggressive mother who pushed him into the entertainment business he didn't like. He (Veronica Lake) was actually a rebel. He was tired of people's expectations of him," he said.

Alcohol was also one of Veronica Lake's escape at that time. He spends a lot of time drinking, even he has appeared on an event drunk.

Finally he also managed to leave Hollywood in 1952 and became a waitress in New York in 1962.

"Many people feel sorry for me. But I really enjoy this job. I think I found peace," he said.

But before actually leaving Hollywood, there was a sad moment that Veronica Lake had with Sue Cameron, the author of 'Hollywood Secerets and Scandals'.

Veronica, who was 47 years old at the time, looked very old like a 70 year old grandmother. Excessive alcohol consumption made him contract schizophrenia at a relatively young age.

The moment of his downfall was also seen when he was awarded the 'Walk of Fame'.
"The day he got a star on the Walk of Fame, he invited me to accompany him. I agreed, but I didn't expect no one there. There really was no one but us there," recalls Cameron.

"No microphone. Nothing. Just three people. I'm really sad with him, it's a moment I will always remember. I can see how his face looked when I realized this," he added.

It turned out that Veronica did not dissolve in sadness, she was seen (forced) to smile. He seemed very disappointed with this, his 40 years career in the entertainment world was nothing left.

Veronica was married several times and had children. However, it was reported by The Los Angeles Times, that she could not meet her child because she was forbidden by her ex-husband. From a life of luxury and extravagance, he had to adjust to a life that is really simple to lack of money.
Veronica died in 1972 at the age of 50 after contracting hepatitis.
##
Alison Brie Recalls Dave Franco's Dating: 48 Hours of Drugs and Heat

Actress Alison Brie shares her love story with her husband, Dave Franco. He also reminisced about their first meeting which turned out to be very memorable for him.
In a recent broadcast of The Tonight Show with Jimmy Fallon, the 37-year-old actress mentioned that they met in 2011 in New Orleans. That was when their love began to grow.

"It started in New Orleans, namely Mardi Gras, where all these best love stories started. I was there with some friends. It was a match made by my friend Jules after we met Dave (Franco) at the airport," he said.

Titles were welcomed, Dave Franco felt the same way as Alison Brie. He also realized that they were being arranged in the meeting.

"He (Dave Franco) was like, 'I want it too!' That also becomes 48 hours with drugs, sex and lots of kissing, "he said with a laugh.

Also read:
There is 'Now You See Me 2' Tonight at Trans TV Cinema
At that time Dave Franco was busy with his film projects which made him often travel to New York to Paris. He also had time to invite Brie to accompany him in New York where they had the most romantic night at the beginning of their love.

"He left a secret note on my shirt the last day we stayed there that said, 'Come with me to Paris,'" he recalls.

Alison Brie and Dave Franco got engaged in August 2015, previously they had been dating for three years. After that they decided to get married in March 2017.

Now Alison Brie is busy promoting her latest film and also the film in which she collaborates with her husband, namely The Rental. In the film Dave does not appear as the star, but sits in the director's chair.

Your questions on the Spider-Man photo, answered

- Theres a lot going on in the dramatic photo above, a screenshot from a cellphone video shot by a by

Summer Decoration for Your Rental Apartment

- The heat arrives and just as our wardrobe changes, so does our rental apartment. Do you want to take a new and flourished apartment on rent? If yes then visit “Apartment for Rent in Dubai City&r

It is pretty hard to beat a combination like that! It comes with remarkable turbocharged variants

- It is pretty hard to beat a combination like that! It comes with remarkable turbocharged variants