For the second time in just a week, President Joe Biden has been forced to address a mass shooting around travel scheduled to promote his COVID relief plan, tempering his triumphant tone in the wake of tragedy.

"Less than a week after the horrific murders of eight people and the assault on the AAPI community in Georgia, while the flag was still flying half staff for the tragedy, another American city has been scarred by gun violence and the resulting trauma," Biden said about Monday's shooting in Boulder, Colorado., that left 10 dead, delivering the remarks just before taking off for a trip to Columbus, Ohio.

"I even hate to say it, because we're saying it so often, 'my heart goes out,'" he said, saying those who died "left behind families, and it leaves a big hole in their hearts," a sentiment he has expressed before about the deaths of his children and his first wife.

Addressing the loss of Boulder Police officer Eric Talley, Biden urged Americans to put themselves in his family's shoes.

"I want everybody to think about this. Every time an officer walks out of his or her home and pins that badge on, a family member that they just said good-bye to wonders subconsciously whether they'll get that call, the call that his wife got. He thought he'd be coming home to his family and his seven children," Biden said. "But when the moment to act came, officer Talley did not hesitate in his duty making the ultimate sacrifice in his effort to save lives. That's the definition of an American hero."

"I don't need to wait another minute, let alone an hour, to take common sense steps that will save the lives in the future, and to urge my colleagues in the House and Senate to act," Biden said, citing two bills passed in the House just 12 days ago that close loopholes in the background check system for purchasing weapons. The bills have little chance of passing in the Senate, where 60 votes would be required.

Immediately after the somber remarks, Biden departed for Columbus, where he is marking the 11th anniversary of the signing of the Affordable Care Act, explaining to Americans how his $1.9 trillion American Rescue Plan lowers health care costs and increases access for many.

President Joe Biden delivers remarks about the mass shooting in Boulder, Colorado, in the State D...

Biden's trip to Ohio is part of his "Help Is Here" tour, that was meant to tout his first major legislative achievement, one that consumed the first two months of his administration, with his team laser-focused on getting this big win over the finish line. The tour was intended to last two weeks, with the president, vice president, first lady, and second gentleman blitzing the country on a wave of good news, from increasing vaccine availability to $1400 deposits in bank accounts.

But after eight people were gunned down in Atlanta on March 16, and another mass shooting in Boulder Monday, with a full-blown crisis ongoing at the border, the tour is becoming overshadowed by other issues the White House will be forced to confront.

King Soopers employees are led away from an active shooter at the King Soopers grocery store in...

Last Friday, Biden was scheduled to head to Atlanta to hold a drive-in political rally to thank Georgians for electing the two senators who gave him the majority to pass his COVID relief plan. But in the wake of the Atlanta shooting that sparked a nationwide outcry against anti-Asian sentiment, Biden pivoted, instead holding a closed-door meeting with local AAPI leaders, and adopting a somber tone for his remarks.

"As many of you know, we originally planned to hold a car rally to thank our supporters. But given the recent days --events of recent days, we didn't feel it was appropriate, so we canceled that rally," Biden said in Atlanta, continuing to urge Americans to reject racism and violence.

Biden pledged both as a candidate and in the early days of his presidency to prioritize gun control.

"This Administration will not wait for the next mass shooting to heed that call. We will take action to end our epidemic of gun violence and make our schools and communities safer," Biden said in a statement in February, marking the anniversary of the Parkland shooting. "Today, I am calling on Congress to enact commonsense gun law reforms, including requiring background checks on all gun sales, banning assault weapons and high-capacity magazines, and eliminating immunity for gun manufacturers who knowingly put weapons of war on our streets."

On the campaign trail, Biden pledged to close the so-called Charleston loophole, which allows a consumer to purchase a gun without the results of a background check if the check takes more than three days, and promised to pursue measures that would keep guns away from people who could pose a danger to themselves or others.

Biden has a long record on gun control. He helped shepherd the 1993 Brady Bill, which first established the background check and waiting period requirements, through Congress. The 1994 crime bill Biden wrote included a 10-year ban on assault weapons.

"I've taken on the NRA and beaten them — twice. And I'll do it again as president because everyone should need to pass a background check to buy a gun," Biden tweeted during the campaign.

"We can ban assault weapons and high capacity magazines in this country once again. I got that done when I was a Senator. It passed. It was a law for the longest time. And it brought down these mass killings. We should do it again," Biden said Tuesday.

But his administration has not prioritized gun reform in its agenda, instead pushing for COVID-19 relief, and next, a major infrastructure and economic bill. Immigration reform is also on the minds of many lawmakers as a surge in migrants crossing the southern U.S. border continues to intensify.

After speaking in Atlanta Friday, Biden ignored a question on whether he would prioritize gun control in light of the shooting. He ignored a similar question Tuesday after his remarks on Boulder. Vice President Kamala Harris also ignored the same question Tuesday morning.

But as she finished her thought, she turned and walked away from reporters, not answering a follow-up question on whether gun control should be the administration's next priority. 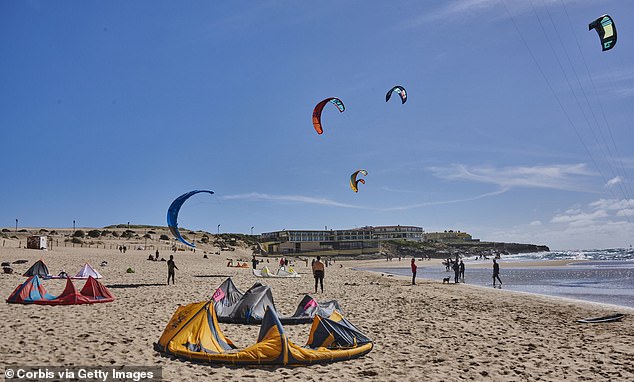 - Even by Bubba Watsons unpredictable standards, his decision to pull out of this months Players Cha

Debtors Prisons Are Making Their Ugly Return to America After Being Outlawed 200 Years Ago!

- Most of the states followed suit after 1833 and included clauses in their constitutions prohibiting imprisonment for owing money to someone.