'There have been a couple of lessons in doing this,' says club owner and chairman James Kennedy, with just a splash of understatement.

It is the second year of the MLR, but New York is in its first. Ireland-born Kennedy, sole owner of construction management company Murphy Kennedy Group, had originally eyed an American franchise for Europe's Guinness Pro12 rugby competition (now the Pro14). But after pivoting to MLR, the race was on to create a brand unique to NYC.


He explains: 'We embraced the name -- we have 'New York' and 'rugby' in the name. Our colors are New York's state colors. Our recruitment policy was 'New York first.'

'Even when better players might have been available -- there were a lot of international players that were available, pretty much for free -- but we turned them down except for (former England international) Ben Foden.

'The hard thing in New York is it's a big city; it's not a great sports city compared to, say, Boston, Philadelphia, Seattle. People are a bit ambivalent, maybe because it's so big and there are so many teams.'

So becoming relevant in a city like this is hard.

'There's no magic button,' added Kennedy. 'You have to do the long, hard yards. We've been visiting schools every day, doing publicity stunts, publicity shots, getting into the media and just getting out there.

'In the modern era when everyone is so dependent on social media and the internet for their news, people stay within their bubble. They don't look outside.

'So the players wear their gear and walk all over the city. Our S&C's in Queens, our training fields are in the Bronx, we have a house for players in Harlem, our offices are in downtown Manhattan, we play in Brooklyn ... we are always out and about.'

There have been other issues. Kennedy speaks to CNN the day after a nighttime training session, when players were running around in temperatures of -5°C. Eventually the barometer may hit -20°C, but they have no indoor facility.

Kennedy knows better than anyone that land is hard to come across in Gotham. They will grin and bear it in tough conditions for the first season, working in some 5 a.m. sessions and cutting down on field work when it's too harsh.

Next season Kennedy plans to have an academy built in Yonkers, upstate New York, while they are hopeful they will construct an indoor facility on the rooftop somewhere in the city.

As to ecruiting New Yorkers first, Kennedy explains that there were a number of 'aging professionals' from abroad keen to join the club. But he says he believes in improving the state of indigenous rugby.

Kennedy claims some 80% of player resumes sent in from overseas came from Ireland, and they have a strong Irish contingent in the squad, but the drive has always been to sign those who are US-qualified first, he insists.

READ: From rugby to woodwork, how players prepare for retirement

He continues on the role of big-name players: 'Why am I excited about Foden or why did I try to get (retired USA Eagles star) Chris Wyles on board? Because they are old enough to take these younger guys under their arms and coach them.

'We have this great kid who will be a future star in 15s, Seimou Smith. He's raw, has athletic ability out the door.'

Foden won 34 caps for England between 2009 and 2013 and was part of the squad that won the 2011 Six Nations. The 33-year-old moves to New York as a player coach, bringing with him a wealth of experience from the international game and English club circuit.

'It's a new challenge, something completely different for me. I'm just really hungry to get out there and see what they've got. I honestly believe that America is the next sleeping giant in rugby,' Foden tells CNN Sport.

'I definitely think in the next 8-12 years we'll see a powerhouse in the sport.

'For guys like me it's about going over there and hopefully help them move forward, but then also for me to move into a new career path.'

Not all of the New York squad are able to live purely off of rugby. As it stands, some 18 of the 35 in the squad are full-time. Next season they hope to have 24 or 25 and by their third MLR season they want to be fully professional.

Then there are the plans to spread rugby across the tri-state area.

'I'm not drinking the Kool-Aid here, but every time we convert an NFL or an NBA or an MLB fan, we convert them for life,' Kennedy says.

'Our local TV deal goes to 12 million houses. That's in an area with a population of 31 million. And that's free. For me, that's tremendous.

'In this tri-state area there are 383 existing rugby clubs, with a mandated minimum of two teams. Some even have four or five. And that's been pretty much organic.

'Now we have a for-profit organization at the top of the pyramid, that is sending coaches out, sending people out every day to encourage and grow programs or set up new programs.

'Now we have some cash behind it, it will grow tremendously.'

READ: In a world of organized sport, Fiji bucks the trend

There's more. Kennedy says of his players that: 'Unlike the over-trained players in Europe, they have to be open and transparent with the media and say whatever the hell's on their mind.'

But as well as that he wants to take lessons from tennis about marketing and from last year's MLR champions Seattle Seawolves about working with big companies to offer attractive tickets deals to their mailing lists.

The chairman is also approaching Hong Kong, London Irish, Stade Francais and other big names about a glamor friendly, to 'get into the zeitgeist.' Once they do that it's about energizing the next generation.

Kennedy says that Rugby United New York can be '100% relevant'. If they can realize even a fraction of their ambitious plans, he may just be understating things again. 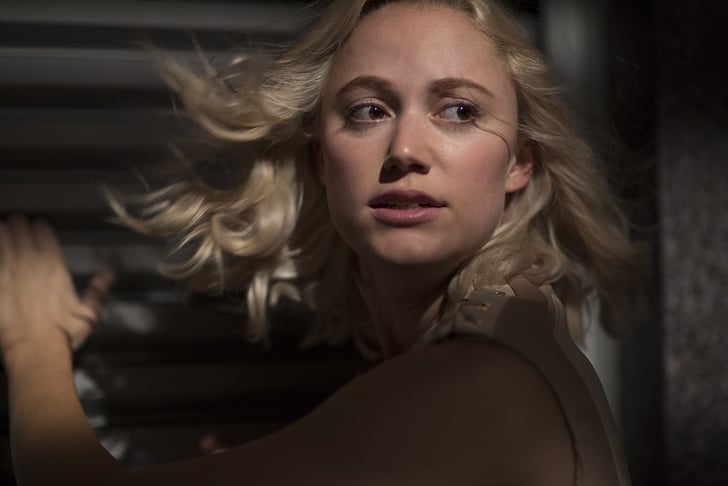 Know why are psychological thrillers so popular?

- Psychological thrillers and crime fiction have been the most common genres for both books and movies around the world.

- The EU and the UK-based Covid vaccine maker AstraZeneca have vowed to work together to resolve a bitter row over supply shortages to the 27-member bloc.

- The experts here are equipped with the knowledge and hands-on experience required to face and tackle any sort of issue no matter which you face in it.