Tegui Calderón Rosario (born February 1, 1972) is a Puerto Rican hip hop recording artist and actor. He began his musical career in 1996 (as Tego Tec) and was supported by the famous Puerto Rican rapper Eddie Dee, who invited him on his second studio album, El Terrorista De La Lírica, released in 2000. Calderón reached international success in 2003 with his first album, El Abayarde, which sold 300,000 copies worldwide and was nominated for a Latin Grammy Award. His importance in reggaeton music led him to participate in Eddie Dee's 12 Discípulos album in 2004. He released three more studio albums between 2006 and 2015, varying in styles, focusing more in hip hop and African music rather than reggaeton in The Underdog (2006) and El Abayarde Contraataca (2007). His fourth studio album, El Que Sabe, Sabe, released in 2015, won a Latin Grammy Award for Best Urban Music Album. In the same year, he announced that he is planning a studio album alongside the Puerto Rican reggaeton and pop singer Yandel titled El Blanco Y El Negro.

Tego is characterized by his social and political themes, with lyrics against Puerto Rican government, denouncing any corruption case. His themes also include dance, love, human-self reflection and personal experiences.

His film career started in 2007 with his supporting role in Illegal Tender. In 2009 he had a lead role in a short film called Los Bandoleros, which is part of The Fast and the Furious franchise, and in the same year he had a cameo appearance in the fourth installment of that franchise, Fast & Furious. In 2011 he had a supporting role in Fast Five alongside his colleague and friend Don Omar.

Early life
Calderón was born in Santurce, Puerto Rico. He is the son of Pilar Rosario Parrilla, a schoolteacher, and Esteban Calderón Ilarraza, a government worker for Puerto Rico's Department of Health. Moving at a young age from his native Puerto Rico to Miami, Florida, Tego attended Miami Beach Senior High. Here he was exposed to several different cultures, eventually studying percussion and working as a drummer in a rock band. The band would cover songs produced by artists including Ozzy Osbourne and Led Zeppelin. He has noted that both of his parents were fans of Ismael Rivera, and that his father was also interested in jazz. He was influenced by both genres and incorporated them into his music, including songs such as Minnie the Moocher. He eventually developed a music style that combined elements of salsa, plena, dancehall, and hip-hop, focusing on aspects of urban life in his lyrics.

Early musical career
Tego Calderon originally began as a participant in Puerto Rican hip hop contests on television during the 1990s where many contemporary acts were discovered such as Eddie Dee, Wisin y Yandel among others... Though this led Tego to know Eddie Dee and DJ Adam whom would become his main collaborators during his most successful years, originally, Calderon was rejected by most producers and dj's at the time. DJ Adam in an interview with Puerto Rican podcast/YOUTUBE personality Chente Ydrach (click here to listen on itunes) revealed that Tego originally was going to be a part of the seminal classic underground album DJ Adam's 'Mad Jam' but Calderon's style was too eccentric and underdeveloped that he was taken out of the final tracklist.

Tego worked various jobs (notably as a mechanic) during his formative years while pursuing his dream of becoming a hip hop/reggaeton artist. Thanks to his friendship with Eddie Dee whom by the year 1999 had become one of the most successful and popular rappers in Puerto Rico, Tego is given a 2nd chance and signed to Eddie's label in 2000 along with the legendary company Boricua Guerrero (co-owned by White Lion founder Elias De Leon) whom were known as the first Latin hip hop/reggaeton label to collaborate with American hip hop acts such as Nas, Busta Rhymes and Big Punisher. The signing with Boricua Guerrero led to Tego's first hit on Puerto Rican radio in the year 2000, a hip hop collaoration with Eddie Dee known as "En Peligro De Extincion" from Eddie's 2nd album 'El Terrorista De La Lirica' now considered one of the classic hip hop/reggaeton albums in history.

Afterwards, Elias and Eddie Dee got Tego much work in popular compilation albums from the island when reggaeton first began expanding its territory out of the underground into more mainstream markets. From 2001-2002, Tego participated in over a dozen original compilations including gold and platinum albums such as "Kilates", "Boricuas NY" volumes 1 and 2, "The Majestic", "La Mision" volumes 2 and 3 and of course his first worldwide crossover hit 'Cosa Buena' from the "Planet Reggae" production distributed by White Lion Records and Diamond Music. On top of that, he also was featured in the albums of Yaga y Mackie "Sonando Diferente" and Maestro's "The Movie" which further accelerated his buzz in the streets.

Thanks to 'Cosa Buena' and it being one of the first reggaeton videos receiving major rotation on mainstream channels such as 'Telemundo', in 2002, Tego became a worldwide phenomenon before his debut album "El Abayarde" in November of that same year creating much hype for his debut. Despite only being available in Puerto Rico, the Dominican Republic and parts of the United States due to White Lion Records (formerly known as Boricua Guerrero and now 100% under Elias De Leon's ownership) being an independent label at the time; Regardless, 'El Abayarde' became the first hip hop/reggaeton album by a solo artist to sell over 75,000 units in one week with no major label distribution. This success led to Tego and White Lion signing a joint venture with Sony Music Latin. Calderon formed his own label in the process known as Jiggiri Records under the White Lion banner and distributed by Sony Music Latin. Jiggiri Records would go on to sign and release multi-platinum albums from notable artists such as Zion y Lennox, Voltio and John Eric. Tego would go on to become one of the most successful touring acts in all of Latin music from 2003-2005, thus further legitimizing the genre now known as reggaeton (once called 'underground').

In August 2003, Calderón performed at the Madison Square Garden in New York City. Based on his show and performance, The New York Times noted that he "made the best case for Reggaetón as music with room to grow" being a "forward-looking performer."[5] His second appearance at the venue was in October 2004, where he headlined an event titled Megatón 2004. The concert sold out, with 20,000 in attendance, a mixed crowd of Latino and non-Latino fans.

Real Madrid under investigation by FIFA regarding 51 under-age transfers 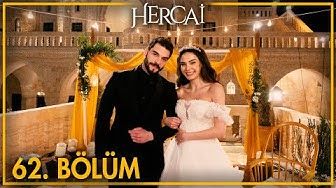