Rory Horner has received funding from the Economic and Social Research Council (ESRC), Regional Studies Association (RSA), British Academy and the National Science Foundation to support his research on India's pharmaceutical industry. He is also a Research Associate at the Department of Geography, Environmental Management and Energy Studies at the University of Johannesburg.

University of Manchester provides funding as a member of The Conversation UK.

We believe in the free flow of information

Republish our articles for free, online or in print, under a Creative Commons license. 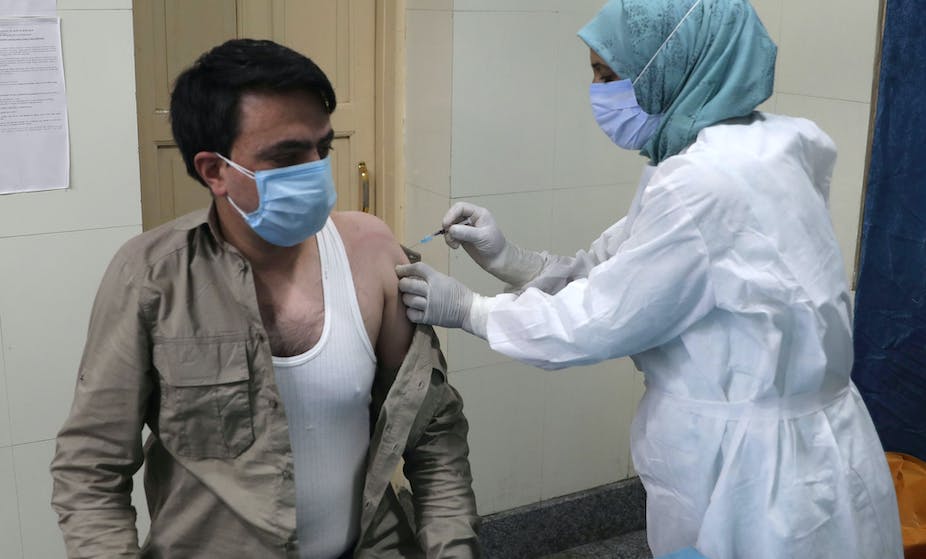 With rich countries having bought up the majority of the world’s COVID-19 vaccines, the rest of the world has relied on India – one of the world’s largest vaccine producers and exporters – to increase access to doses.

But now India’s exports – which include supplies for Covax, the global vaccine-sharing programme, as well as bilateral donations and commercial agreements branded under its “vaccine friendship” programme – are being disrupted. India’s devastating second wave has led it to redirect more of its vaccine production towards its domestic immunisation programme. With so many countries relying on India for supply, this is threatening vaccination progress globally.

The UN secretary general, António Guterres, has hailed India’s vaccine production capacity as “one of the best assets the world has today”.

India is a key supplier to Covax. At the beginning of the year, Covax was forecast to deliver 2.3 billion doses to low-income and middle-income countries in 2021, with more than 1 billion of these produced by the Serum Institute of India, the single largest vaccine manufacturer in the world.

Of the 53.9 million doses shared around the world by Covax up to May 6, 19.8 million were exported from India, with a further 10 million Indian-made doses being supplied directly back to the country.

At the start of the year, the Serum Institute’s CEO, Adar Poonawalla, declared that India had more vaccine stock than it could physically administer. But the second wave has seen India’s position quickly deteriorate – and with it the prospect of the country meeting its commitments to Covax.

By mid-March, the Serum Institute was dedicating much more of its capacity to India than originally planned.

The Indian government has repeatedly stated that there’s no export ban on COVID-19 vaccines, but consignments due to many countries – including the UK – have been delayed. Only 6 million vaccines have been exported since late March, compared to 60 million in the previous two months.

At the same time, the number of COVID-19 vaccine doses administered monthly in India has increased from 3.7 million in January, to 10.1 million in February, 50.6 million in March and more than 90 million in April. By May 6, over 162 million doses had been administered – the third highest number in the world after the US and China.

There has been a clear effort to increase vaccination as India’s second wave has materialised. Indeed, India’s vaccination programme was expanded at the beginning of May so all adults could register to receive a dose.

The world’s pharmacy is out of stock

The second wave is not the only reason exports have dried up. The escalating crisis has also revealed critical production shortages: increasing demand is being met with dwindling supply. The seven-day average of doses administered fell from 3.6 million per day in early April to 1.7 million a month later. 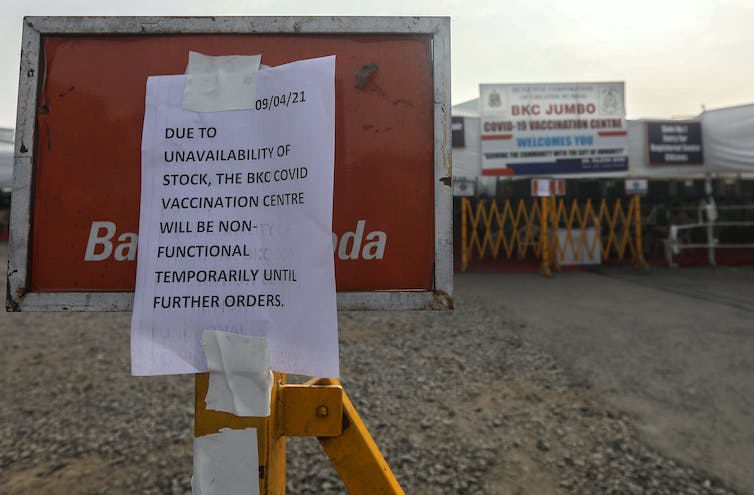 Shortages have led some vaccination centres to close. Divyakant Solanki/EPA-EFE

This problem has been brewing since before the second wave. Back in February, Poonawalla warned that the Serum Institute wouldn’t make 1 billion COVID-19 vaccine doses it was predicted to this year, but rather 400 million doses “if we’re lucky”. He therefore cast doubt on Covax’s ability to supply over 2 billion doses to countries around the world by the end of 2021, suggesting 18 months was a more likely timeline.

Even if all of India’s vaccine production capacity is dedicated to domestic supply in the coming months, capacity may still be insufficient. The Serum Institute has manufactured more than 90% of the vaccines administered in India so far, but its monthly production is estimated at only 60 million doses. The target of increasing this to 100 million doses has been frequently delayed – from March, to April, May, June and now July. India’s only other supplier, Bharat Biotech, has an estimated monthly capacity of just 5 million doses.

India’s goal in January was to have ramped up production sufficiently to have fully vaccinated 300 million of its people by August. To achieve this now requires giving another 440 million doses, averaging over 3.5 million a day, over the next four months – a tall order.

So what happens now?

Other vaccines are also expected to be available later in the year. Russia’s Sputnik V received approval on April 13, becoming the third allowed for use in India, with the first batch imported on May 1 and partnerships in place with Indian companies for local production. Johnson & Johnson’s vaccine may be imported from July, with a local production partnership also in place. But the Novovax vaccine, which Serum Institute is manufacturing, reportedly won’t be available until September. 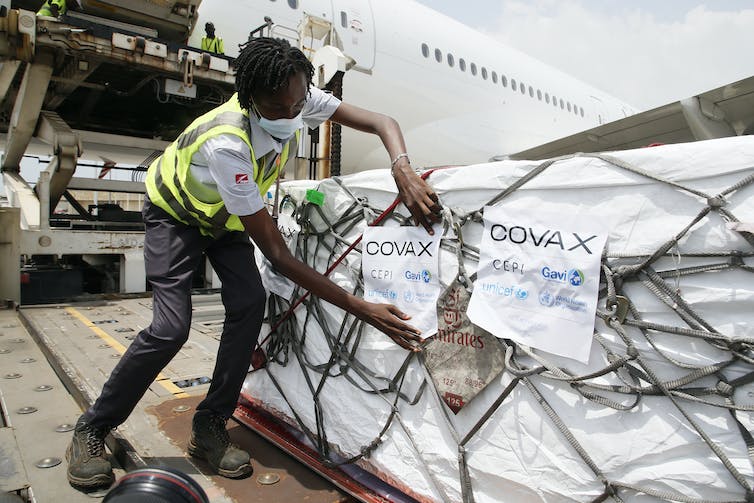 Countries such as Côte d'Ivoire have been reliant on doses from Covax to launch their vaccination programmes.

With India struggling right now just to meet domestic demand, the immediate prospect of it making substantial vaccine exports looks bleak. Recognising India’s domestic crisis, Mexico has waived an upcoming delivery of 870,000 doses. The Serum Institute is also issuing refunds to some governments, is reportedly being sued by others, and has received legal notification from AstraZeneca over delays.

Insufficient and delayed supply from India – potentially for a number of months – will be a major setback for Covax.

Recent donations of 500,000 and 1 million doses by France and Sweden respectively are drops in the ocean compared to the supply that had been expected from India. Moderna’s new deal announced on May 3 to supply Covax with 500 million doses includes only 34 million in 2021.

The need to scale up COVID-19 vaccine production has never been more evident. But while that happens, countries besides India urgently need to step up their Covax donations. COVID-19 vaccination can then continue elsewhere as India fights its domestic crisis – helping to prevent other countries experiencing such devastation.

Appearing in the same dress at a big event, Cate Blanchett has a noble goal

- The reason is, the Hollywood star who was appointed as chairman of the jury of the film festival appeared wearing a dress that had been worn before

- Eighteen people have died of the respiratory illness COVID-19 outside a hospital in Japans Osaka Prefecture, officials said, amid calls for tighter

Godzilla vs. Kong: the first opinions on Warners titanic fight have fallen

- Godzilla vs. Kong is the first major release for Warner Bros. for 2021. And it will mark a milestone in the history of cinema in an unprecedented way