When I heard that Eric Clapton was coming to town with a bunch of his friends, it really spiked my interest.

When I found out just who was going to be in concert one weekend; I bought my tickets.

Where to begin, what a great show for a great cause. 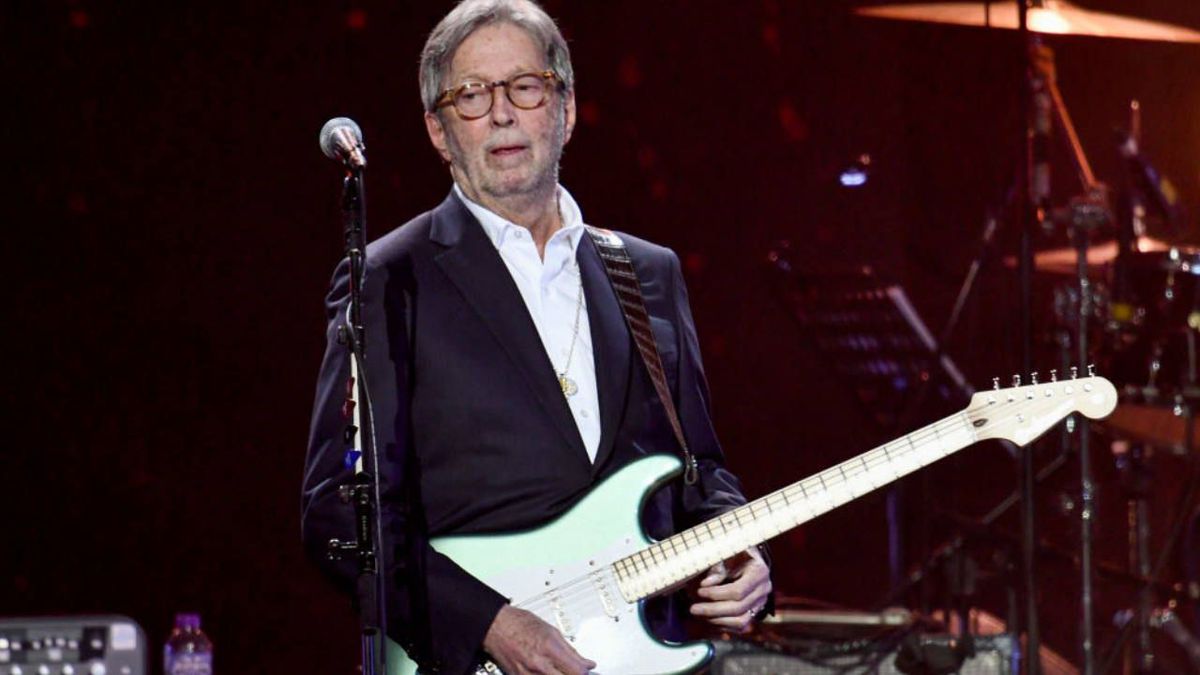 The cause, by the way, is one of Eric’s main charities, The Crossroads Center at Antigua.

It was founded in 1997 by Eric to provide treatment and education for chemically dependent persons.

I got there on Friday just as they opened the doors to the public.

My first stop was to check out the guitars that were going to be auctioned at the famous Christies in New York.

It was really cool to see the different guitars that Eric had played throughout his career and had written some of his famous songs on.

You can find out more about on BlueBuzzMusic.Com Best Sound Cards For Music Production in 2020.

Paul Reed Smith had a guitar clinic on the Sirius stage to kick off the event.

Paul makes the most beautiful guitars and they sound incredible.

They are played by everybody who is anybody and getting more popular every day.

Speaking of awesome guitars, Doyle Dykes had an incredible Acoustic guitar clinic with his Taylor guitar.

Like PRS, Taylor makes some of the finest guitars on the planet. Doyle Dykes (who is endorsed by Taylor) makes them sound even better than any mortal should be able to.

It’s an inspiration to watch (and hear) he plays.

I got to meet Doyle on Saturday and shake his hand. He was very polite and down to earth and it made my day to meet him. Maybe some of his mojos rubbed off on my hand and I will be able to play as good as he does someday (yeah, right!).

For those interested, Doyle will be hosting a guitar clinic for Taylor guitars at Craig’s music in Weatherford on June 10th at 7:00 pm.

Even if you're not really into guitars, you need to hear this guy play; he's pure genius.

I arrived at Fair Park on Saturday just in time to catch one of my all-time favorite bands of the ’70s/80’s, Styx.

They sounded just like they used to and Tommy Shaw’s voice is still the same after all these years.

Sure brought back some memories hearing those old songs again.

After Styx was through playing I wandered back into the guitar show and checked out all of the vendors there like Fender, Yamaha, Martin, PRS, Taylor, and Ernie Ball.

I was like a kid in a candy store!

They were giving away lots of free stuff and I probably signed up for a dozen or more drawings for various guitars.

I even paid for a chance to win an Eric Clapton Signature model Martin acoustic that would make my guitar collection complete!

As I headed back outside, George Lynch was playing or should I say “shredding” on guitar.

I had heard him play in his band Lynchmob but I had never seen him perform on stage.

His playing was incredible.

Back inside I caught a little of the Andy Timmons band which was pretty cool.

Back outside to catch a new Latin band, Del Castillo.

- "No openly gay man has ever won the Oscar; I wonder if that is prejudice or chance," So said Sir Ian McKellen earlier in 2016, querying the political

- Maybe you have concerns about pursuing a best courses after 12thin this case web development career.

This is where the “relative” in Hart’s “relatively unanimous approval rating” comes in. That’s because from the very beg

- Some developers are understandably angry about these changes, but there are no surprises here — none of these technologies were ever in the .NET 5 roadmap. If you still need to support applicati