Rindu Bilang Sayang is a soap opera produced by Starvision Plus and MNC Pictures which aired in February 2018. The main cast of this soap opera is Eza Gionino as Sean and Glenca Chysara as Rindu. But don't worry for those who miss this soap opera, because now it can be watched again 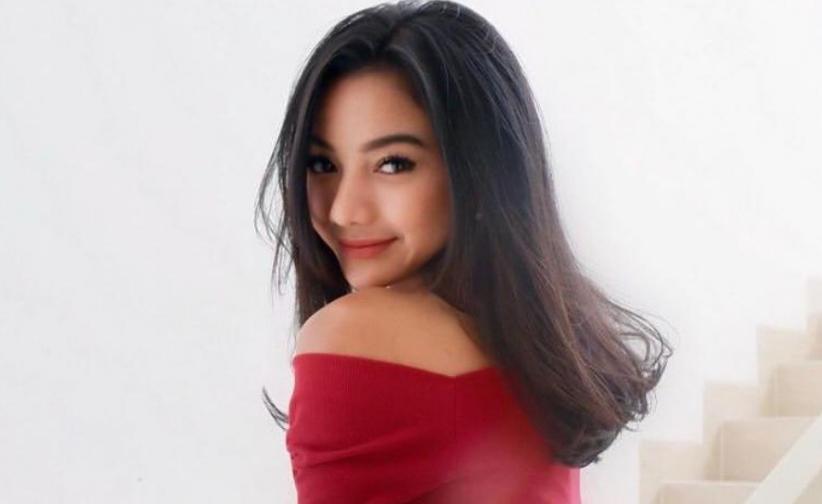 Rindu Bilang Sayang tells the story of a teenage girl named Rindu Asmara who lives in a dangdut village. Rindu is the son of Teddy Rahman aka Tera played by Caca Handika and his wife Nurjana aka Jana played by Yeyen Lidya. They are the founders of the dangdut orchestra Terajana.

As the daughter of a dangdut artist, Rindu doesn't like dangdut at all. Whereas in his village, the residents live from the Terajana Orchestra. From musicians to costume tailors. Satria, played by Lavicky Nicholas, is Rindu's childhood friend who becomes a dangdut radio announcer. And Putri is played by Sintya Marisca, a child of Dudung Kecrek and Wati Gendang, who even wants to be a dangdut singer.
Rindu, on the other hand, prefers pop music. Moreover, the boy he likes at school, Sean played by Eza Gionino, is a boy in a band called The Heitz. However, Rindu's life changes when Jana is no longer able to perform because of a sprain. Rindu is asked to replace Jana, but he doesn't want to.

The Terajana Orchestra was also devoid of gig jobs. Tera and Jana, who began to experience financial difficulties, finally owed a debt to Datuk Marsinggih, played by Joe P Project, who is a rich man in the village. Until one day Tera and Jana were unable to pay off their debt, Marsinggih made an offer, that their debt would be paid off if Rindu wanted to be his wife. Of course Rindu refused. He then looked for a way to pay off his debt by becoming a dangdut singer. She has the pseudonym Elma Joss.

Will Rindu alias Elma Joss be able to raise the name of the Terajana Orchestra again? Watch Rindu Bilang Sayang in the RCTI + application immediately or directly click on the following link:
https://www.rctiplus.com/programs/1254/rindu-bilang-sayang/episode/22143/rindu-bilang-sayang-eps-1

Download the RCTI + application on the Play Store and App Store to be able to enjoy lots of other exciting content or via the https://www.rctiplus.com link
##
Many Endorse Offers after the Shur Video Case, Gisel: 'That's God's Goodness'

Gisella Anastasia or Gisel was shocked because of the flood of endorsement offers for various products after stumbling across an exciting video case. In fact, he was worried about the fate of his career due to this immoral case.
"Moreover, it is endorsement. That is the contract of the brand ambassador for me and Gempi again. For endorsement, it turns out to be something. In fact, sometimes more and more are endorsed," said Gisel, quoted from Daniel Mananta Networks YouTube channel, Thursday (25/3 ).

Not only the flood of endorsement, the ex-wife of Gading Marten was also offered a production house to star in the series. The smoothness of the sustenance that came made Gisel surprised.
Also Read:
Witnesses Absent, Session of Gisel's Perverted Video Spreader Postponed Next Week
Today, South Jakarta District Court Holds Another Session for Gisel's Video Dissemination
Shaken by the Shur Video Case, Gisel chose to surrender to God instead of consulting a psychologist

"I was shocked and confused because I reflected on the past, not only in Indonesia but everywhere, if there is a case like this (exciting video) who would want to deal with someone like me?" he said.

Gisel himself actually felt that he did not deserve to have enough sustenance after his exciting video case. However, he thought this was indeed part of God's goodness for him.

"In fact, there are still many job opportunities that come, including endorsements and series of all kinds. That's because of God's goodness, I don't deserve to get it," said Gisel.
As is known, Gisel stumbled on a legal case because of his exciting video with Michael Yukinobu de Fretes. During the investigation, it was found that the video was recorded at a hotel in Medan, North Sumatra, in 2017.

##
Exciting video like Gabriella Larasati used as an extortion tool

The exciting video of Gabriella Larasati was used as an extortion tool by an unknown person.

"So like this, 'If you don't want to go viral, I need money, then I will delete this video if it's already paid for. Otherwise, it will be distributed," explained Yusri, imitating the perpetrator's words.

- An exciting video in circulation, Gabriella Larasati: I was attacked repeatedly

- The Video of Exciting Gabriella Larasati Spreads, This Is the Offender's Motivation

Currently, the extortionist against Gabriella Larasati has been successfully secured.
"The account is in the North Sumatra area, in the city of Medan. We do it

Why Do Candidates Fail In The Oracle 1Z0-082 Certification Exam?