Enacting good tax policy is hard under the best of circumstances. President Biden made it immeasurably harder, if not impossible, by promising to spare everyone earning less than $400,000—more than 95 percent of Americans—from any tax increases. By placing almost three-quarters of the income tax base off limits, the pledge could hamstring the President’s ambitious domestic agenda. Drawing any red lines about future tax changes is a terrible idea, whether it is Republicans promising no new taxes on anyone ever or Democrats vowing not to raise taxes on those making less than some arbitrary amount.

Biden’s tax pledge makes substantial deficit reduction nearly impossible. It will make it much harder for Congress to raise revenue to pay for his infrastructure plan. Already it seems to have eliminated consideration of a gas tax hike—the rare tax increase that has some bipartisan backing—because, yes, people making less than $400,000 would pay more at the pump.

The pledge will make it difficult to make the tax code simpler. New revenue proposals would be needlessly complicated to spare anyone under $400,000 from new tax liability, and the threshold would create counterproductive incentives for taxpayers to keep their incomes below the bar.

It rules out revenue-neutral tax reform. There is no way to replace our hodgepodge of complex, inequitable, and inefficient tax preferences with a fairer, simpler, streamlined tax system without some lower-income households paying more tax. It is algebraically impossible to replace an irrational tax system with a rational one that raises the same amount of money without raising taxes on many households. Some—and probably many—would have incomes under $400,000.

Biden’s pledge follows his recent Democratic predecessors. President Obama said he wouldn’t raise taxes on households making less than $250,000 a year. As a presidential candidate, Bill Clinton proposed a “millionaires’ surtax,” which the Clinton White House later clarified as applying to people with incomes over $250,000 because they probably had $1 million in assets.

Breaking Down The Tax Provisions Of The American Rescue Plan Act
How Does The Federal Individual Income Tax Extension Affect You?
Ask Larry: Why Does Social Security Require 10 Years Of Marriage For Divorced Spousal Benefits?
The political pressure to make such pledges is understandable: Republicans love to bludgeon Democrats over their tax increases. And given growing economic inequality, high-income people probably should bear more of the tax burden.

But a blanket pledge to exempt certain people from tax increases will only constrain Biden’s ability to accomplish his other goals. It also prompts word parsing about the definition of income. And it raises many more questions than it answers:

Does the $400,000 threshold for couples also apply to singles? The Administration has issued conflicting statements on this question, although, absent a much lower threshold for singles, such a floor could create gigantic marriage penalties.
Does a corporate tax increase or a financial transaction tax raise taxes on shareholders, including the millions of middle-class people who own 401(k) plans? (Answer: yes.)
Does the pledge apply to the net effect of an entire tax package or to each individual provision?
Is Bernie Sanders’s Medicare-for-all plan off limits because it includes a payroll tax, even though it’s only a fraction of the value of free health insurance for low- and middle-income households?
Does any expansion of the social safety net have to be run through the tax code if it includes revenues that partially offset the cost for lower-income households (assuming the pledge applies to the package, not each individual provision)?
And where did $400,000 come from? It is an absurdly high threshold for middle class status. Only about 3.5% of couples will make more than that amount in 2022. An even smaller proportion of singles—1.3%—have income above $200,000. While people in those income categories earn a disproportionate share of income, the Biden pledge would effectively place 72 percent of the income tax base off limits for tax increases.

Bush reversed himself in 1990 when he signed a package of spending cuts and tax increases designed to help tame the burgeoning deficit. In 1992, in part because he violated his pledge, Bush lost the White House to Bill Clinton—who was widely expected to raise taxes on the rich and did.

Tax pledges are terrible policy and dubious politics. Politicians of both parties should pledge not to handcuff themselves by making stupid pledges.
While Singaporeans have a high level of confidence in state institutions and the Government, younger and locally born citizens are less likely to feel this way, a study by the Institute of Policy Studies (IPS) Social Lab released yesterday has found.

Almost two-thirds are also uninterested in politics, the IPS learnt in examining Singaporeans' attitudes towards institutions, politics and policies.

The study is part of the World Values Survey, a global research project monitoring changing public beliefs and their socio-political impact over time across 80 societies.

The researchers had conducted face-to-face interviews with a nationally representative sample of 2,012 adult Singaporeans and permanent residents (PRs) from November 2019 to March last year.

HIGH LEVELS OF CONFIDENCE IN STATE INSTITUTIONS
At least 70 per cent of respondents had "a great deal" or "quite a lot" of confidence in state institutions - including the Government, Parliament, courts, Singapore Police Force, Singapore Armed Forces and civil service - relative to electoral institutions, the civil society and the media.

When it came to political parties, fewer respondents indicated significant confidence (54.7 per cent) compared with those surveyed in 2012 (68.5 per cent).

"This trend may reflect opposing views of a more diverse local political scene, comprising several newly formed parties between 2012 and 2020," said the study.

In contrast, confidence in economic and academic institutions rose from 2012 to last year.

For example, while 68.8 per cent of respondents in 2012 had "a great deal" or "quite a lot" of confidence in local banks, this proportion increased to 79.4 per cent last year.

Compared with 12 other societies that were chosen by IPS for this indicator, only mainland China had a higher confidence rate, with 94.9 per cent of Chinese indicating confidence in their government.

However, a lower proportion of respondents (15 per cent) from the youngest cohort aged 21 to 35, compared with those in the oldest cohort aged above 65 (28.5 per cent), indicated "a great deal of confidence" in the Government.

Only 18 per cent of locally born citizens said they had "a great deal of confidence", unlike the 35.6 per cent of naturalised citizens and PRs who chose the same option.

Also, 20.2 per cent of locally born citizens indicated "not very much confidence" or "none at all" in the Government, compared with just 9.7 per cent of naturalised citizens and PRs.

NOT INTERESTED IN POLITICS
Almost two-thirds of respondents were uninterested in politics. Those who had higher levels of interest were male, and had higher educational qualifications and income.

Compared with other selected societies, Singaporeans expressed one of the lowest levels of political interest (37.2 per cent), above only Hong Kong (30.4 per cent) and Taiwan (31.6 per cent).

In countries such as China, Australia, Sweden and Switzerland, more than 40 per cent of respondents indicated they were very interested or somewhat interested in politics.

Over nine in 10 Singaporeans believed their country is "somewhat democratic" or "democratic", and the same proportion indicated they were "somewhat satisfied" or "satisfied" with the functioning of the political system here, among the highest globally.

SUPPORT FOR GOVERNMENT SURVEILLANCE BUT NOT IN PRIVATE SITUATIONS
While close to two-thirds of those surveyed felt the Government has the right to keep people under video surveillance in public areas, they disapprove of monitoring people in private situations and without their prior knowledge.

The study noted that younger Singaporeans would be more aware of the dangers of privacy attacks and phishing, making them more sceptical of surveillance than the older generation.

"In an age of massive data harvesting, there is a greater need for state surveillance to be transparent and for the Government to tread with caution when collecting and using citizens' data," said the study.

"Successful surveillance policy execution can additionally only be realised with a healthy baseline level of public confidence in state institutions, and satisfaction with the prevailing political system."
Katie LaReau, a senior at Guerin Catholic High School, was one of two Indiana delegates selected for the 59th annual U.S. Senate Youth Program.

- We have made great strides when it comes to robotics.Why during the celebration you consider a rolling backpack on your university age little ones. A whole lots

- Wingard was born in Oak Ridge , Tennessee , and graduated from Full Sail University in 2002 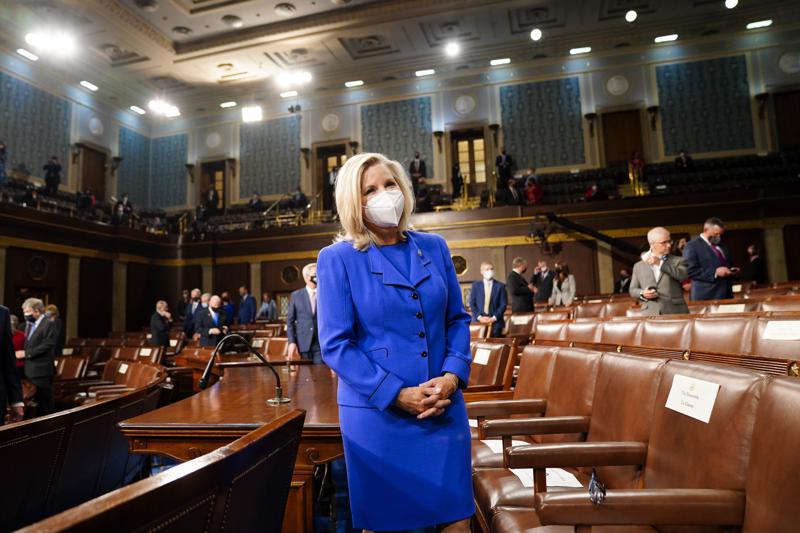 Cheney could be ‘toast’ in fight with Trump over GOP future